Welcome to the Circus: A Look at NHL Draft Prospect Jagger Firkus 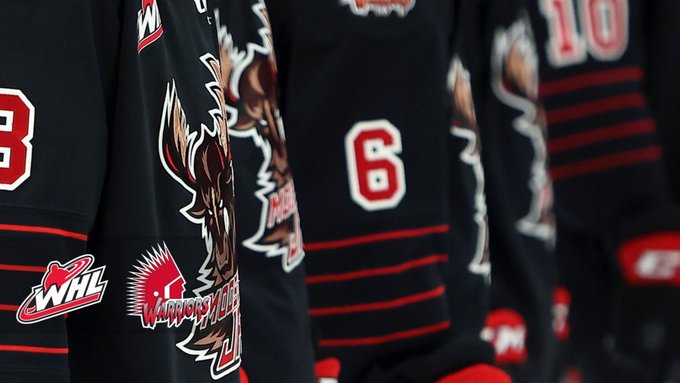 The NHL draft means something different to everyone. For some, it’s a confirmation of their skills, the payoff of their hard work. For others, a siren song of possibility, the call of the future that awaits. One thing holds true across the board—everyone wants to hear their name called.

Moose Jaw Warriors center Jagger Firkus is no different. With hands like Nicklas Backstrom, speed like Mathew Barzal, and a style comparable to that of Johnny Gaudreau’s, scouts across the NHL are taking notice.

Firkus, affectionately known by Warriors fans as “the Firkus Circus,” is tremendously fun to watch on the ice. He thinks ahead; reads plays well before they happen, and demonstrates an immense amount of skill when it comes to stick handling. His creativity with the puck has been praised in a multitude of scouting reports, and rightly so. One example of his ingenuity with the puck is the beautiful lacrosse goal he scored in the Western Hockey League playoffs this season.

Firkus’s size is frequently brought up in the NHL draft discussion. At 154 pounds and 5’10 in height, he’s one of the smaller players on the ice, but he doesn’t let that hinder his performance. His shot is strong, fast and precise, allowing him to consistently beat defencemen and goaltenders with ease. Referred to as a “puck magnet,” he has a goalscoring instinct that leaves people stunned.

It’s mentioned in many scouting reports that Firkus has top-six potential in the NHL. Although he plays as a center in the WHL, it’s possible he may play as a wing in the NHL because of his size. He’s skillful and effective in either position he plays, displaying outstanding cleverness on the ice. Intelligent and agile, the 18-year-old generates a lot of scoring chances for both himself and his teammates.

Selected for the 2022 Kubota CHL/NHL Top Prospects Game, Firkus was recognized as Player of the Game after leading Team White to a 3-1 victory with a goal and an assist.

Back in Moose Jaw, he scored 80 points in 66 games played in the 2021-2022 regular season, averaging 1.21 points per game. He continued to impress in the WHL playoffs, posting 12 points in 10 games, and earned first star after scoring the game-winning goal in a 5-1 victory over the Saskatoon Blades. Although the Warriors fell just short of the Eastern Conference Final, Firkus and the team played hard and well the whole series.

Jagger Firkus is an incredible player, dazzling fans with amazing numbers and his brilliance on the ice. Many are looking forward to hearing his name called in the 2022 NHL Draft, and to seeing his skill in the national league someday.