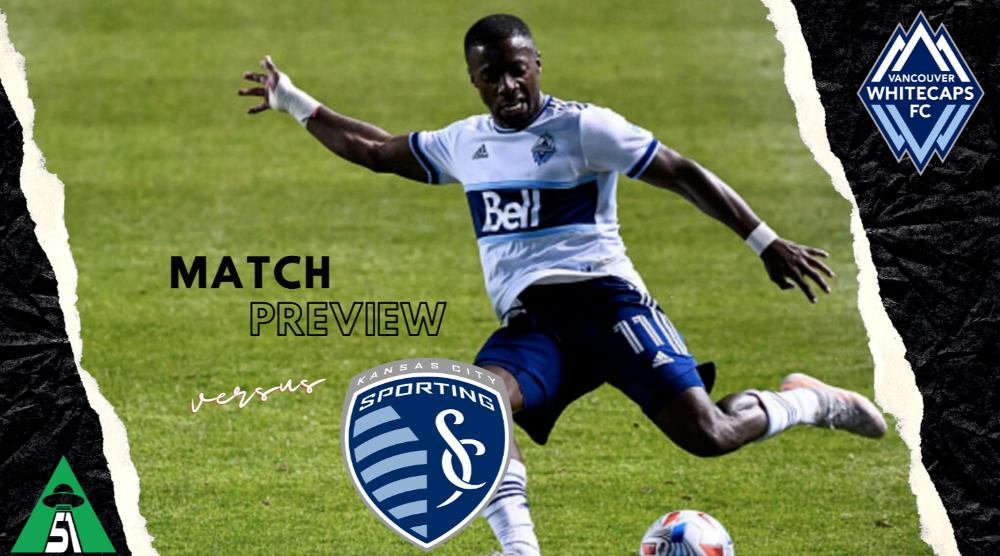 The Vancouver Whitecaps are looking to get back on track after suffering a 4-1 beat down to the Western Conference-leading Seattle Sounders on Saturday night.

The Whitecaps went into Lumen Field aware of the fact that the Sounders are one of the best teams in the MLS and the hostile atmosphere. However, the Sounders came flying out of the gate.

Vancouver was down 2-0 in 14 minutes thanks to goals from Shane O’ Neill and Nicolas Benezet. The defending was a mess and there wasn’t much Thomas Hasal could do.

The Whitecaps did get on the board when Brian White (Who else?) scored in stoppage time before the half.

In the second half, the Whitecaps did look better and got some great chances on Frei but it was too little, too late.

It was a missed opportunity to gain points in the playoff race but Vancouver got some help on the out-of-town scoreboard with the Colorado Rapids, despite being down to 10 men, beat Minnesota United at Allianz Field in Saint Paul.

At the time of the writing, the Whitecaps still sit one point behind Minnesota. Vancouver has 37 points and Minnesota has 38. Real Salt Lake and La Galaxy are tied with 39 points.

According to Sportsclubstats, the Whitecaps have a 39.6% chance of making the playoffs. So I’m telling you there’s a chance.

It doesn’t get any easier for the Whitecaps as they host the second-best team in the Western Conference: Sporting Kansas City.

Sporting KC has won four of the last five matches and beat Houston Dynamo 4-2. Dániel Sallói is their leading goal scorer with 16. He is tied for second in the MLS Golden Boot race with Raúl Ruidíaz of the Sounders. Sallói is also tied for the team lead in assists (Seven) with Johnny Russell.

Maxime Crépeau is still playing with the Canadian Men’s National Team and they have a game on Wednesday night in Toronto against Panama. It is unclear if he will be ready to start against Kansas City on Sunday but there is a good chance he will.

White has been scoring all the goals as of late but they are going to need goals from other players too. Deiber Caicedo who has four on the year comes to mind. The Colombian forward/midfielder has been named to the annual MLS 22 under 22.

There is also Cristian Dajome who is second on the Caps with eight goals. He was fined for embellishment in the game in Seattle.

The Whitecaps are going to need to come out firing on all cylinders out of the gate and they need to let their creative attacking flow continue all game.

The same should be said about their defending. Whoever is on the backline needs to keep it simple and keep marking Kansas City players in the box and get the ball up the pitch as fast as possible.

They have to play with pace and energy the whole match. Being at home would help but it’s easier said than done because Sporting KC is a team that is not a team to be taken lightly.