Whitecaps look to build on last season’s second half success 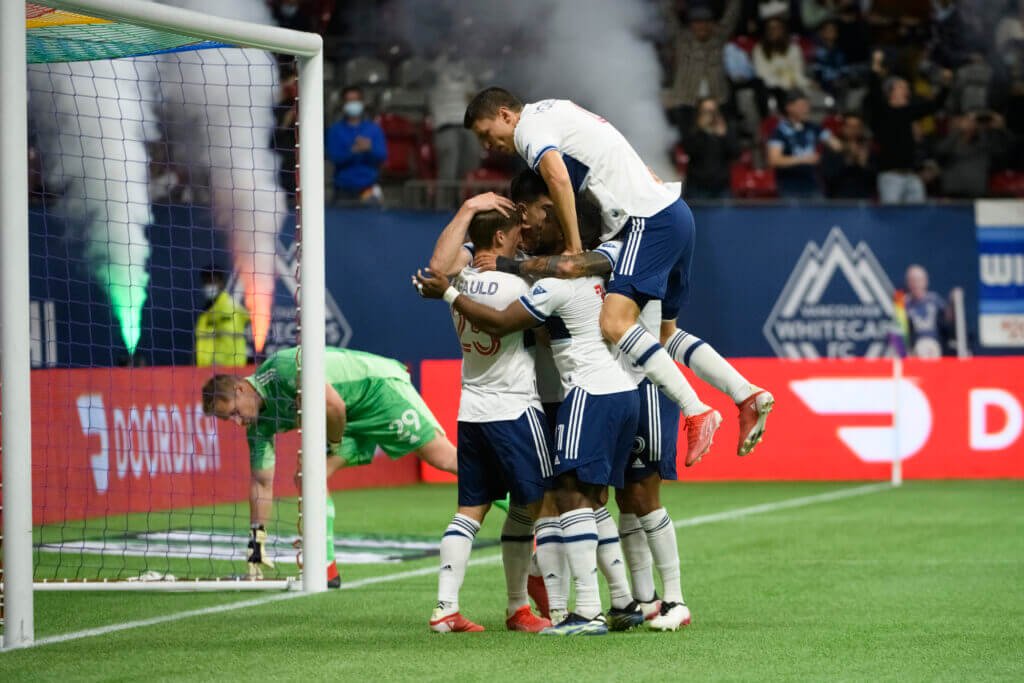 After the Vancouver Whitecaps got eliminated by Sporting Kansas City in the first round of the 2021 MLS Cup Playoffs, there was disappointment. However, there was also a sense of hope.

The Whitecaps lost just two of their final 22 matches in 2021. They were led by then-interim coach Vanni Sartini and his use of three defenders at the back and quick up-tempo playing style. Newcomers Ryan Gauld and Brian White led the offensive charge, there was a resurgence in the midfield with Russel Teibert and Leonard Owusu, Florian Jungwirth (another newcomer) help stabilize the backline and Max Crepeau held down the fort in goal.

Vancouver is going to be looking to build on their second half of 2021 and will try to make the playoffs again and hopefully go further this time.

After spending 2020 and the first half of 2021 in Orlando, Portland and Salt Lake City, the Whitecaps will be playing at BC Place for the whole season. What makes things even better is that the games will allow full capacity thanks to restrictions on events being lifted last week.

The Whitecaps’ biggest move of the offseason was trading Crepeau to LAFC for one million dollars in general allocation money. Crepeau asked to leave due to personal reasons and it was a tough pill for Whitecaps fans to swallow.

Going out were Crepeau, Theo Bair, (sold to St. Johnstone FC of the Scottish Premiership) and Janio Bikel. (loaned out to Vincenza of Serie B in Italy) Andy Rose also retired.

The Whitecaps surprised people last season and they have the chance to surprise people again this season. The Western Conference is going to be led by the Seattle Sounders, Portland Timbers, Sporting Kansas City, Nashville SC, LAFC and LA Galaxy. However, don’t count Vancouver out. The Whitecaps have the talent to be a playoff team.

There are questions surrounding the club, however. Can Thomas Hasal prove that he is capable of the number one spot? Can White and Gauld display their chemistry for a full season? Can Cavallini get back to his scoring ways? Can young players like Caio Alexandre and Berhalter step up?

Things have to go right for the Whitecaps to make the playoffs. However, if you are a Whitecaps fan, you have every reason to be optimistic.

Yes, the team lost its MVP but Sartini has brought a sense of togetherness in the squad and brings the “let’s prove the doubters wrong” mentality.

A full season of Sartini along with Gauld and White provides hope. Sartini has switched up to a 3-1-4-2 formation to provide more offence. If that works, then the Whitecaps can be a team to fear but they have to maintain it for a full season which is no easy task.

There are lots of questions but there is hope with the Whitecaps and the playoffs look probable this season. Time will tell if they can build off on their second-half success.

The Whitecaps play the Columbus Crew in Columbus on Saturday and the following Saturday will play at home to the defending MLS Cup Champions: New York City FC.