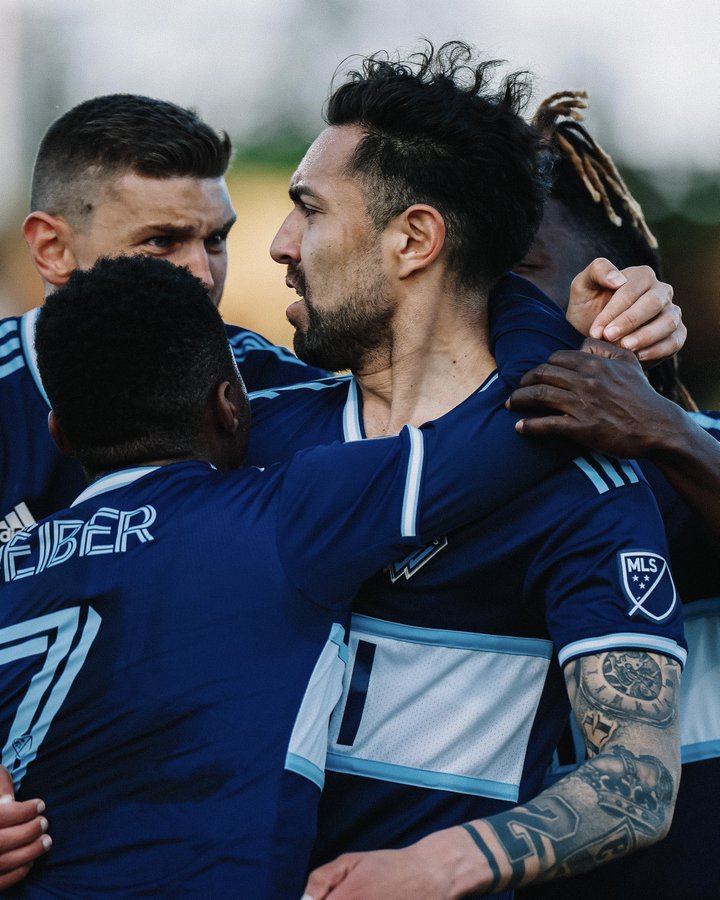 The Vancouver Whitecaps looked to beat another team from the Canadian Premier League and advance to the semi-finals of the Canadian Championship.

It was off to the Calgary metropolitan area to face Cavalry FC. These two teams met in the Canadian Championship in 2019 and Cavalry beat the Whitecaps 2-1 at BC Place. That was back when the tournament had two legs and Cavalry were the first CPL team to beat an MLS side. A lot has changed since then and Vancouver was also looking for their first road win of the season in all competitions.

Cavalry came into the game with five games in a row without dropping a point. That’s four wins and a draw.

Cody Cropper was back in goal after leaving the Health and Safety protocol.

Lucas Cavallini was back in the lineup after serving his suspension. It is interesting to see Brown on the left side of the backline. It was good to see Erik Godoy get some more game action after missing the start of the season with an injury.

Ryan Raposo hoped to continue his form as he was part of the all-Canadian midfield.

Overall, it wasn’t a bad lineup and, intriguingly, Sartini decided to stick with the back three.

Cavalry had a couple of chances in the first five minutes but they couldn’t do anything with them.

The Whitecaps had nine shots in contrast to Cavalry’s three in the first half. They were moving the ball well and looked quick on the counter.

Cristián Gutiérrez and Ryan Raposo were doing well on the flanks. They were both controlling the ball, crossing it in the box and winning corners. Both were kickstarting the attack in the Cavalry half by displaying their creativity.

Cavalry did not have a single shot on Cropper in the half and the Whitecaps were doing a good job in front of him, especially on the corners. The back three did their jobs by blocking and clearing the ball as quickly as possible.

Jean-Annand Assi and Karifa Yao looked the most threatening for Cavalry but they couldn’t find the right moments for a good chance.

Cavallini had four shots and one on target which was a header that right went to Marco Carducci. Ryan Gauld was also foiled by Carducci after a great build-up from Michael Baldisimo, Gutiérrez and Caicedo. All the other shots went wide or went out for corners.

Vancouver started and ended the half well and Cavalry looked dangerous in the middle of the half. The Whitecaps deserved to be up at the half and they needed to finish to chances. Those missed opportunities could come back to bite them.

It was also quite the physical half which included Baldisimo getting a yellow for a hard tackle on Charlie Trafford.

There was also no scoreboard and clock from the OneSoccer broadcast for the first 15 minutes. It’s a basic necessity to have for a sports broadcast. Come on.

In the second half, it looked like the Whitecaps lost their offensive spark.

Cavalry was playing with urgency. Their passes were clean, crisp and quick and they looked fast on the counter. The Cavalry were players were hovering in the box looking for chances and they got quite a bit. They got their first shot on target off a corner when Klomp got a shot through a maze but Cropper saw it all the way.

Cropper only had to save the ball twice but he was there when they needed him.

The Whitecaps were offside three times to start the half and their first touches didn’t look good.

Those missed chances came back to bite them as Myer Bevan scored an absolute banger in the 72nd minute. No chance Cropper was saving that one. But, man that was one of the moments I hated being right. Also, Bevan was a former Whitecaps Superdraft pick. Ouch.

Luckily, the Whitecaps did not let that goal sink them. They didn’t back down. That’s a common theme of their season so far. Like Bill Paxton as President Whitmore said in Independence Day: “We will not go quietly into the night, we will not vanish without a fight!”

Ricketts and Cavallini’s headers were wide. Ricketts almost got the equalizer but Yao cleared it off the line.

But the equalizer did come. It was off the head of Godoy from a Caicedo corner. Godoy has scored two goals since returning to the lineup. The first was an 89th-minute equalizer against San Jose and the second was an 85th-minute equalizer in Calgary. Those are big goals.

It was off to penalties since the Canadian Championship doesn’t do 30-minute extra times.

Both teams were scoring their penalties which included Lucas Cavallini doing the panenka on the Whitecaps’ first attempt. It takes guts to do a panenka. You look like a genius when you score one and you look like an idiot when you miss. Equally impressive was Elliot Simmons going high on Cody Cropper on Cavalry’s third attempt.

I had a feeling that the first team that would miss would lose. Turns out, I was right but this time, I was happy to be right.

Ali Adem Musse’s shot was stopped by Cropper and Gutiérrez sealed the deal by beating Carducci. The Whitecaps are off the to Canadian Championship semi-finals for the semis for the first time since 2018. It was also a wonderful day for an exorcism for Vancouver.

It was a quick press conference after the game from both coaches.

Cavalry head coach Tommy Wheeldon Jr was proud of his team despite the loss. (He was wearing a Billie Joe Armstrong black shirt and red tie inspired outfit.)

“This competition is great because it unites the country together and gives young players opportunities,” he said.

Sartini and Cropper’s presser was super quick and I had trouble connecting my mic to my computer but Sartini happily did another presser on his phone on the team bus.

“The first half was good,” said the Whitecaps gaffer on the game. “The problem was the second half. We lost our quality in the build-up and looked confused, they scored a fantastic goal and it woke us up…I’m really happy.”

He spoke about the resiliency and sense of belief on the team.

”There is a sense of relief… the guys are helping each other,” said Sartini.

He spoke about the excitement of the game and how much he aged throughout it.

“A lot…It was exciting for the fans and for us…When they cleared the ball off the line, I thought the football gods were against us but I reminded myself I’m an atheist!” said Sartini.

The Whitecaps haven’t been a possession team this season but they had the most of it against Cavalry. They had 53% possession while Cavalry had 47%.

There is one final game in May for the Whitecaps. Again, there isn’t a lot of time to prepare for it.

They face Sporting Kansas City at Children’s Mercy Park on Saturday. Kickoff is at 6:00 p.m. Pacific.

As for the Canadian Championship, they will play York United in the semi-finals. The date and time are TBD but it looks to be in late June.