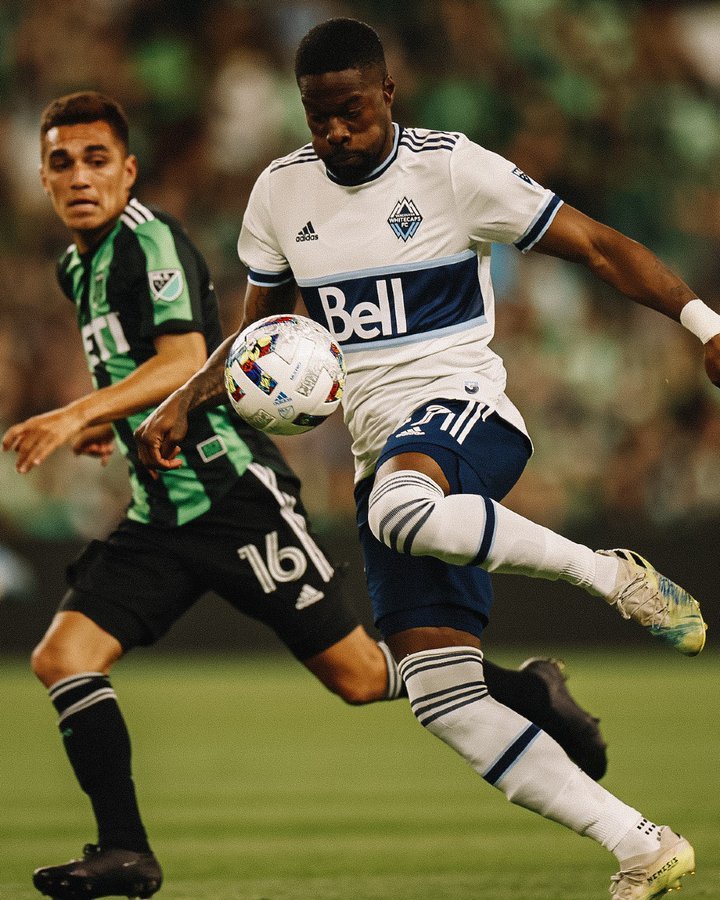 The Vancouver Whitecaps were looking for a spark as they headed to Austin to take on Austin FC. It was going to be a tough test for them to look for their first road win of the season.

Spoiler alert: It wasn’t a good performance at all and the Whitecaps’ dreadful start continues.

With Ryan Gauld in concussion protocol and Deiber Caicedo dealing with a non-COVID-related illness, Vanni Sartini tinkered with his lineup.

Lucas Cavallini and Brian White showed chemistry last week in Montreal and they hoped to gain even more in Austin. Both Cavallini and White rarely have started together.

The lineup featured six Canadians. It was an interesting lineup and it looked like one that could work well or fail miserably.

For the first eight to ten minutes, the Whitecaps started decently with some good pressure on goalkeeper Brad Stuber. Raposo even got a cross in for Cavallini but Brad Stuver managed to save it.

It started with a bad Godinho pass and the centre backs couldn’t recover on the counterattack. Sebastian Druissi and Maxi Urrutti, who loves scoring against the Whitecaps beat Thomas Hasal.

Possession was dominated by Austin in the first half. It was 73% to 26% in favour of the home team. The Whitecaps tried to overcomplicate things instead of keeping it simple and it cost them. The press was good but it wasn’t enough.

The midfield and backline were easily sliced through by Austin FC and Urrutti got another. He has nine goals and two assists against the Whitecaps. Only Chris Wondolowski of the San Jose Earthquakes has more MLS goals against Vancouver.

The Whitecaps were finding it hard to get up the pitch due to Austin’s possession and couldn’t get much to click. However, Baldisimo who isn’t as good defensively as he is with the long ball tried to kick start the attack. Cavallini was also drawing fouls receiving Baldisimo’s long balls.

Ryan Raposo made a nice recovery stopping an Austin counter early in the match and he made some good crosses including another one that found Cavallini but it was blocked by the defender.

The Whitecaps once again were slapped in the face and they need to climb the mountain once again.

To no one’s surprise, Sartini made a change at the break. Actually, he made three. Out were Godinho, Baldisimo and Vite and in came Javain Brown, Sebastian Berhalter and Cristian Dájome.

The Whitecaps did show some life early in the second half and that included a shot from Dájome that went over the bar. Other than that, Austin was still in control.

When the Whitecaps tried to attack, it wasn’t threatening enough. That is one theme of their season so far. There wasn’t enough creativity to get the ball towards White and Cavallini. They were alright throughout the game.

Vancouver kept losing the ball easily and wasn’t doing enough to win the ball back. Austin tried to go for more (particularly Urrutti who was a goal away from the hat trick) and the Whitecaps defence looked lost on the counter.

There was some more sleepy defending when Austin did get their third goal as Druissi got his header past Hasal which came from a long throw-in.

On a lighter note, 21-year-old Ali Ahmed made his MLS Debut. He has been doing well with Whitecaps FC 2, Vancouver’s MLS Next Pro’s club. With WFC2 through four games this season, Ahmed leads MLS NEXT Pro in fouls suffered, second in successful dribbles and tackles won and is tied for sixth in key passes.

There is a potential in Ahmed.

“It’s not enough,” said a disappointed Sartini. “We have to up the quality of our game, we were very naive.”

“We are not aggressive enough to win the duels. We are actually good, pretty good sometimes in creating numerical superiority, pressing with the right time, and then we lose the 1-v-1,”

Sartini spoke about sticking to the plan over the past week and obviously, the plan wasn’t executed in Austin.

“We tried to,” said Sartini. “For the first 10-15 minutes we were the best team on the field. After that, we went down even mentally. The plan didn’t work because we weren’t intense enough.”

With a week off, the Whitecaps will have to regroup. Sartini spoke about what they need to do to learn and regroup.

“We need to reevaluate everything; depth chart, even the way of playing that this year,” he said. “ We’re trying to be aggressive, but it’s too easy to beat our pressure. … doing the same thing when things are not going well and expecting a different result … would be naive.”

“It’s obvious why we are dropping games but in MLS, there is always a chance, our next four games are at home and the time is now,” said veteran striker Tosaint Ricketts.

Ahmed spoke about his MLS debut. His mom, three brothers and two cousins were in attendance. He said the fact he made his debut hasn’t sunk in and it probably will on the plane ride home.

Ahmed also spoke about what he learned.

“It’s (the MLS) is definitely quicker paced,” he said. “Everything is sharp and quick and you can’t stay still and just expect the game to come easy. It was my first game but hopefully many more to learn though.”

“I’m very happy for him because I think it will be the first of a very good career,” said Sartini on Ahmed’s debut.

Shots were 12-10 for the Whitecaps but shots on target were 4-1 for Austin FC.

This is the worst start in Whitecaps franchise history. They have only 15 shots on target and have given up 17 goals against. The Whitecaps have a goal differential of -11 which is the worst in the MLS.

The Whitecaps have dug themselves in a hole but they have to find a way to dig out of it quickly and not dig further down.

Hopefully in May, wins start to blossom just like the cherry blossoms. They have four straight at home and the first one is against Toronto FC on May 9. Kickoff is at 1 p.m. Pacific.