Vancouver hosting 2026 World Cup Games is great for the city 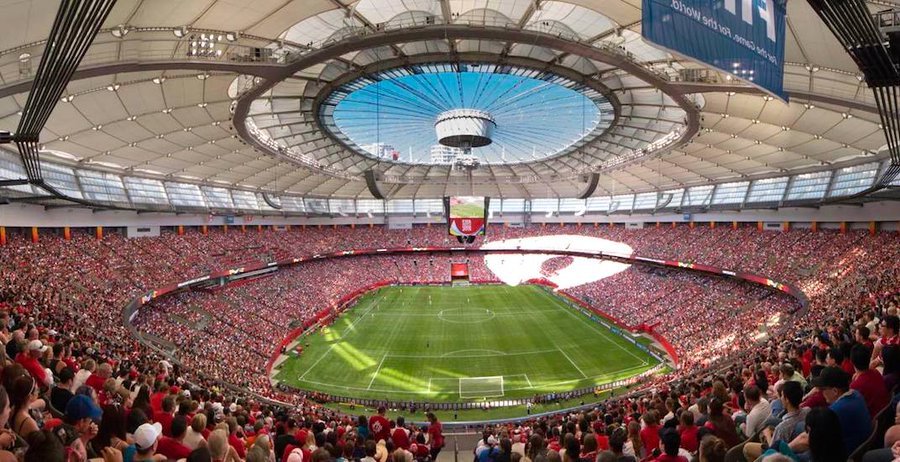 Vancouver is a city where the ocean meets the sky. It’s a city that has mountains and the ocean which makes a perfect picture backdrop. Vancouver is a diverse city with different cultures all over.

It is also a place that has hosted many big sporting events. The 2010 Winter Olympics and Paralympics, the 2015 Women’s World Cup and the Stanley Cup Final come to mind. The Men’s World Cup is arguably the biggest sporting event on the planet and Vancouver will take part in that too.

Vancouver was the first city announced as one of the 2026 World Cup hosts after months and weeks of speculation. It wasn’t an easy road either. Vancouver initially pulled out in 2018 but things changed with Melanie Mark stepping in as Minister of Tourism, Arts, Culture & Sport. We can also thank FIFA Vice President and CONCACAF President Vic Montagliani. It’s kind of fitting both Mark and Montagliani are from East Vancouver. (East Van represent!)

This goes to show how much an international and world-class city Vancouver is. It’s no surprise that Vancouver has hosted big sporting events in the past and has been successful. Before the pandemic, millions of tourists came to Vancouver. Hosting the World Cup will be a big boost for the tourism industry coming out of the pandemic.

BC Place is not a perfect stadium by any means. There is the overpriced food, (all stadiums have that) bad security, at times soulless atmosphere, and the pitch. (Luckily, the pitch will be changed to grass for the World Cup.) It is still a magnificent venue that has hosted world-class events in the past including the Women’s World Cup Final in 2015. When BC Place is full, it is a great place to be at.  Tickets for the games in 2026 will not be cheap however.

Seeing the players, fans and media from all over the world come to Vancouver will be a treat. I never thought I would see my hometown host World Cup games let alone the Men and Women’s World Cup and Winter Olympics in a span of 16 years. Vancouver may be a bandwagon sports town but this city can host big sports events very well. Oh, and Canada will be playing in the World Cup this year and in 2026 with automatic qualification. (Now can the Philippines qualify for a World Cup in 2026. It’s still a pipe dream sadly.)

In four years, BC Place will be packed for World Cup games and fans will be partying (responsibly) in the streets. It will be shades of 2010 and 2015.

The city will benefit from the World Cup and it will have long-lasting effects on tourism, hospitality and sports like the Olympics and Women’s World Cup did. Vancouver is a city that hosts big events and if that doesn’t make it an international city I don’t know what does.