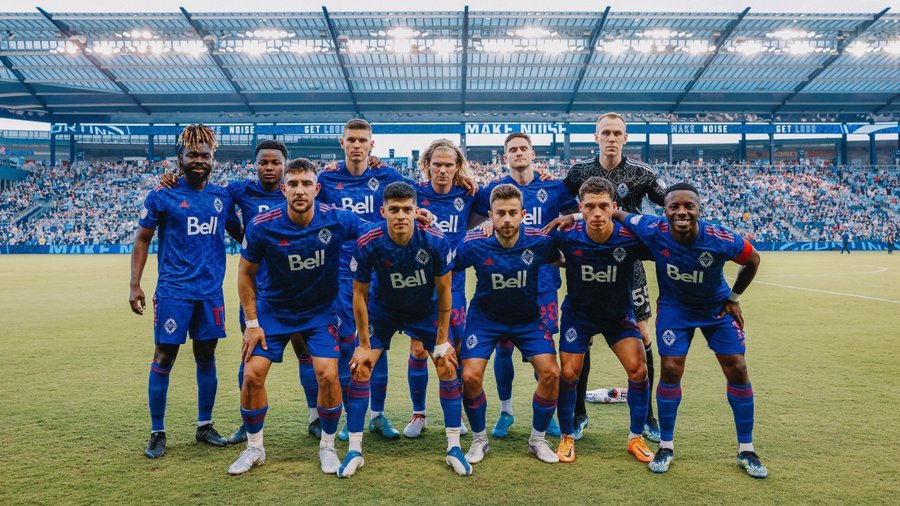 The Vancouver Whitecaps not only came through the busy month of May relatively unscathed; they managed to pick themselves off the floor of the Western Conference and try to make a push.

But they are not out of the woods yet. There are only five points separating the Houston Dynamo in that seventh and final playoff spot from the very bottom of the table. The Whitecaps are a single point off the bottom.

So, while they are close to some breathing room, there are many other teams all fighting for that same space.

That’s where we stand. The Blue-and-White will get to prove they belong in this fight as they get ready to host Real Salt Lake this weekend at BC Place.

June is a noticeably quieter month for the ‘Caps. The international break will give several players a break and let others have a much-needed recovery after a slew of injuries and health and safety protocols.

But that’s not before Real Salt Lake. RSL has had a good season so far, and it’s resulting in points on the board. Currently, they sit tied for second in the West with a 7W-4D-3L record.

As part of that, they have also won their last three games.

“They have this four that they play very high and they play very direct and make them attack the space and be dangerous and they’re also very dangerous in transition when they win the ball,” he said.

With opposition teams quick in transition, the Whitecaps will need to be tenacious in fighting for immediate repossession. I expect Sartini’s boys to play with the intensity he always desires and to close down any opposing player that wins a 1v1.

The goal will be to take away the immediate space so that the pass cannot occur into more open space, especially to that forward four who will be looking to exploit any holes in the Whitecaps back 3.

“If we keep doing that, the chances of winning are very high because in every game, you’re also always building at least three, four or five chances,” Sartini said. “So, if we limit the chances for the opposition, the possibility for us to win is really high.”

A win against a club near the top of the Western Conference is hard to accomplish, but they have done it recently. FC Dallas are tied on points with RSL, and the Whitecaps beat them during their May run.

They will however, be without Lucas Cavallini for the upcoming match. The in-form striker was called up for national team duty and will be playing for Canada against Panama on Sunday.

But that does give room for others to find their own form once again. Brian White has cleared health and safety protocol and has trained fully with the squad over the past two days.

“He’s actually been really good,” Sartini said. “He actually came here to train even the day we had a day off. He wanted to be ready to start with the team from Tuesday. And he has been. He was training full today and yesterday, so he’s ready to go. And he will start.”

Ryan Gauld is still listed as day-to-day with his hamstring, but he has been seen on the training pitch as well. The hope is that he is able to make it into the lineup. Expect Déiber Caicedo to be in the mix as well, most likely as a pairing for White.

The weekend will also be the second Indigenous Peoples Match hosted by the Whitecaps. The team unveiled a revamped badge created by xʷməθkʷəy̓əm (Musqueam) weaver and graphic designer Debra Sparrow.

The game will feature a pregame jamboree with over 100 Indigenous children participating, amongst several other events and activities.

Fitness, injuries and all that

Sartini also spoke about the difficulties they have had with injuries throughout the year. The Whitecaps have not had their full team of players available for selection at any point in this season so far.

“We’ve never been, I would say, all fit to go. That’s true, but it’s also something that most coaches dream of a lot of the time to have everyone ready. And it rarely happens,” the head coach said.

However, he was quick to note that the difficulties in getting points at the beginning of the season should not be simplified to their injury issues.

“Even with problems and everything, we should have been, I would say, faster in identifying the fact that without some players, we can’t play in a certain way. And we’ve been much more intelligent lately in our choices in adapting, even our approach to the game according to the players that we have.”

This is something we have seen in the last month and a bit, and it mirrors the rise in form as well. Now that the coaching staff is assessing their players based on their strengths and not trying to fit them into a tactical system that may not be natural for everyone, fortunes are increasing.

We should also expect this to continue as Caio Alexandre gets back to match fitness and Andres Cubas joins the team (finally!) after the international break.

Things are looking up, but here in Whitecaps land, we tend to always look up with caution.