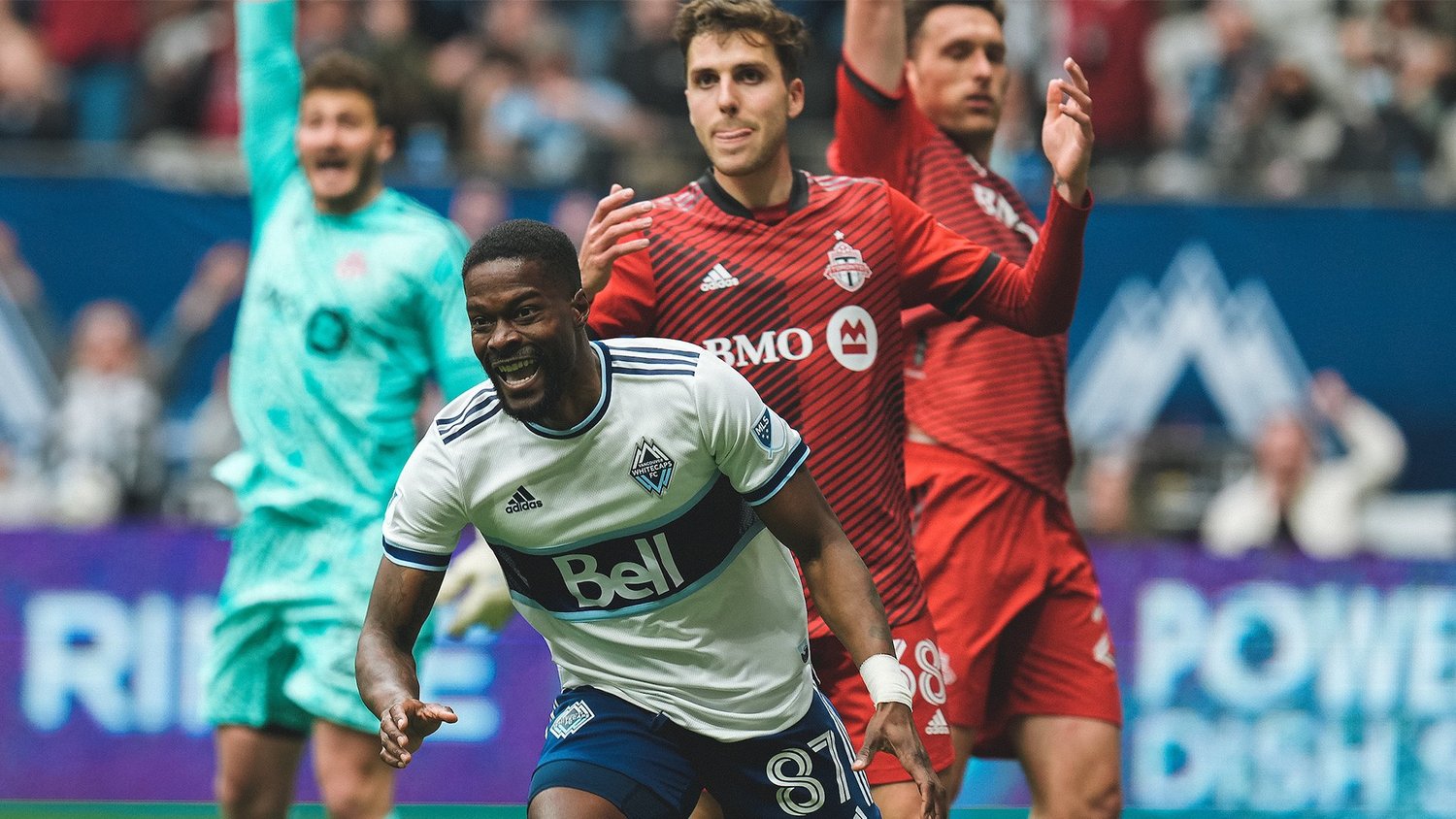 The Vancouver Whitecaps finally added a tally in the win category this past weekend in a 1–0 win against Toronto FC. It was their second win of the year, and while they still sit in the basement of MLS, they now share that spot alongside the Seattle Sounders.

Vanni Sartini was a notably happier man after the Sunday match and into this week.

Amazing what a win can do.

The quarterly check-in on season so far

The MLS season is now a quarter of the way completed. The opening season transfer window has closed, and it’s the time of year when clubs are supposed to be hitting their form.

For the Whitecaps, let’s hope their win against Toronto is the beginning of that form and not just a happy blip in an otherwise difficult-to-swallow season.

Let’s be honest; it’s been a struggle this so far. The Whitecaps have 7 points in 9 matches with a record of 2W-1D-6L. These are embarrassing numbers.

It’s safe to say most Whitecap fans and media that followed the club during the offseason saw that difficulties would lie ahead.

Top players that left were not replaced, with the club choosing to have youth fill the ranks. The team got noticeably younger, which can be a good thing, but experienced leaders are important as well.

Often, that has seemed to be a decider. There have been flashes of brilliant, cohesive play in each match so far, but it has not been sustained.

No leader on the pitch has meant there is no one to marshal the rest of the team.

But as of late, there has been an acknowledgment from the club that what they want to do on the pitch is not necessarily what they are able to do right now.

The game against Toronto last Sunday is evidence of that.

Moving to a Back 4 and giving Ryan Gauld and Cristian Dájome a bit more space in the final third as wingers to operate seemed to liberate the ‘Caps.

Déiber Caicedo and Brain White as a striking pair helped create more quality chances as well with their highest xG reported yet at 2.3.

But back to the question on how the season has played out so far: Is this a turnaround for the Whitecaps or a blip?

We know Sartini will keep the same formation going into the midweek match in the Canadian Championship. How that plays out will dictate how the Whitecaps will likely play for the rest of May.

Canadian Championship: This time, with intensity!

The Canadian Championship has not been kind to the Whitecaps since it was expanded to include teams from the Canadian Premier League.

They have not been able to get out of the preliminary round. Most recently, Pacific FC eliminated the ‘Caps last year.

This time around, they face Valour FC. The Winnipeg club sits sixth in the CPL table with a 1W-2D-1L record, but do have the most goals so far in that league.

“It’s a good team,” Sartini said. “It’s a team that they try to play. They play this 4-4-2 with midfielders. They do a lot of rotation with midfielders…full backs, they go high and wingers that come inside to play. So, it’s a team that, if we let them play and if we’re not intense like we have to be, they can create a lot of problems.”

Sartini said the tournament is a priority for them and they are approaching it as one they can win.

“I would say it’s a priority even bigger than MLS,” he said. “If our odds to win MLS are 1 in 200, our odds to win the Canadian Championship is 1 in 5. So, that’s the reason why we want to approach this tournament like it’s…one of the most important objectives of the year.”

The Canadian Championship is also the only pathway for Canadian MLS clubs to win a spot in the CONCACAF Champions League for the next season. The three Canadian MLS clubs do not get one of the MLS spots if they win the MLS Cup; the highest-finishing American club would get to fill it.

Given the hectic schedule throughout May, there is little time to try anything new. The goal, Sartini said, is to stick to the current plan.

“We have to be very humble, very committed to our tactical principles and do the game on top of our intensity, because that’s the only way to give us the chance to do what we are supposed to do.”

The pressure is on the Whitecaps for this one. While both the MLS and CPL are division one leagues, more resources are available for MLS clubs in terms of their respective salary caps.

“I’ve been in this situation when I was in Italy too, when a second division team playing the cup [against] the first division, it’s the game of the year,” Sartini said, recounting his time coaching in Europe. “So, of course it’s like, first of all for the club, it’s a very important game.”

Thomas Hasal went down injured in the match against Toronto. He has unfortunately come away with a dislocated finger.

Hasal posted on social media that the injury caused the bone to break through the skin. He also mentioned he will see a specialist on Wednesday to examine the injury.

Sartini said no timeline will be given on their starting goalkeeper until they have more information.

“This week he’s basically just trying to kind of numb the pain and reduce the swelling,” the head coach said. “At the minimum, he will have this visit with the specialist tomorrow. So, I think that tomorrow, we’ll have a more specific timeline for when he’s coming back. But I can say without any doubt that tomorrow and Saturday, Thomas won’t be available for sure.”

In better news, both Cristián Gutiérrez and Leonard Owusu are back in full training. They are eligible to be picked for matches, but Sartini said no decisions have been made as of yet.

“I want guys tomorrow that are going to be 100 percent ready to play, 100 percent intense,” he said.

With the intensity of the May schedule, rotation is a must. Expect Gutiérrez and Owusu to both feature in the lineup soon.

Caio Alexandre and Tristan Blackmon sit alongside Hasal on the injury sidelines.

Let’s hope the Whitecaps stay relatively healthy throughout this run of matches. Losing the starting goalkeeper is already a significant blow.

There’s still five (possibly six) games still to go in May. Dropping bodies in each one is not sustainable