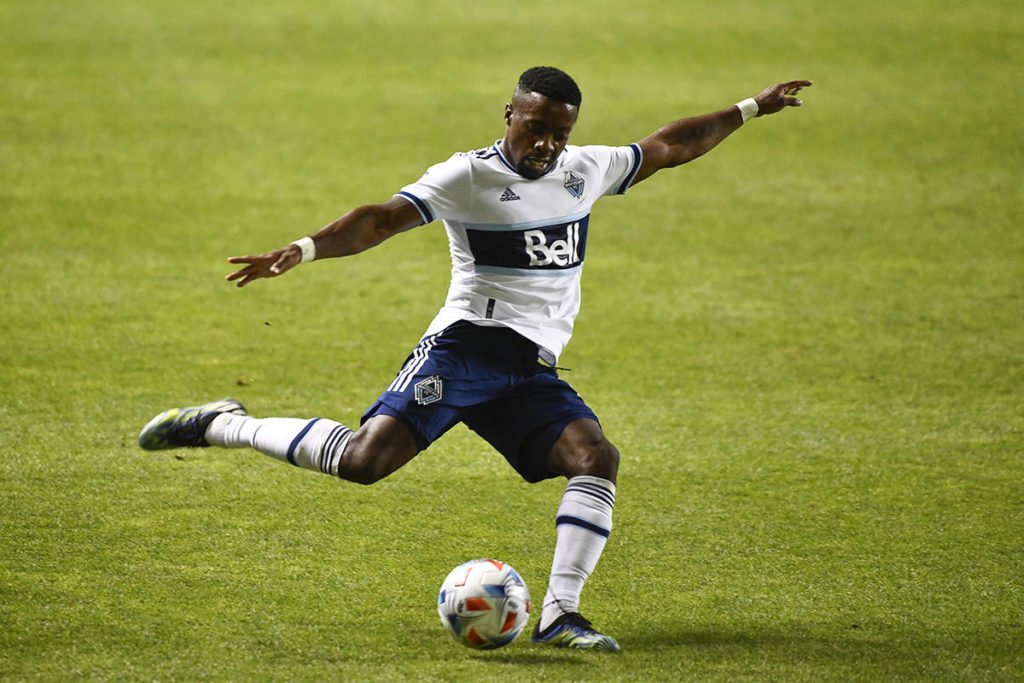 Well, it’s another week gone and another loss on the board for the Vancouver Whitecaps. It’s becoming a tough pill to swallow.

You can’t fault Vanni Sartini for trying to get something going, even if his squad rotation philosophy does not sit well with you. He is a coach that plays with the full extent of the players available to him, and he is not about to change that.

The game that was

Portland came to BC Place and while they left with three points, the Whitecaps did not make it easy for them.

“I would say everything and the stats told us we had a very good performance,” Sartini said after a few days of reflection on the match. “I really liked how we pressed. I really liked how we built up and we arrived in their final third. We conceded only three entries in our box in the entire game.”

While limiting the Timbers to only three entries into the box is commendable, it was on those entries where defensive errors became calamitous.

Portland’s first goal came from a penalty kick, eventually given by VAR. It seemed an easy call to give against the ‘Caps as Cristian Dájome barrelled into the back of an opposing team player and knocked him down.

Whether the referee was not in the right spot to see the altercation or not, VAR called the play back, and it was reviewed on screen. It was the first of three VAR calls in the match, proving its necessity throughout.

The third came off a lost 1v1 by Cristián Gutiérrez as the Timber’s Yimmi Chara used his strength and dribbling ability to carve through multiple Whitecap players.

The painful reality is that on those three entries, as pointed out by Sartini, each ended up in a goal.

“I didn’t like our behaviour in that crucial moment,” the head coach said. “I think, especially the first two goals, the penalty and the second goal, we made mistakes in the last 25 metres that cost us a lot and at the same side, I didn’t like—and that’s the reason why we worked on this week—our decision making when we were in the box.”

Limiting the number of offensive opportunities of the opponent is commendable and worthy of praise. But they will happen. Opponents will get in the box and take their chances.

There’s some work to do on staying smart in the defensive box and on well-timed challenges.

So, now for some happier news. Dájome has inked a new deal with the Whitecaps that will keep his with the club until the end of 2024, with a club option for 2025.

“He’s a good player,” Sartini said. “He’s a leader. He’s a guy that also helps the other guys, especially the South American players, players that are not very good with the language to be part of the group. So, we’re very happy to have him with us for the future.”

Dájome has been integral to the ‘Caps’s offensive capabilities, leading the team in goal contributions during his time with the club with 16 goals and 11 assists.

Although he has been used more as a wingback in this year’s campaign, he still has a goal and an assist to his name.

Sartini had previously praised Dájome for his versatility on the pitch and his ability in 1v1s.

This move also comes in a series by the Whitecaps to shore up existing players to longer contracts. Tristan Blackmon, Tosaint Ricketts, Thomas Hasal, Isaac Boehmer and Brian White have all signed new contracts this year.

Dájome is a player to keep. He is 28 years old, can play multiple positions and is a leader. He is able to fit into Sartini’s system in multiple ways, which makes him an important piece.

Locking him up for another two years helps to give some clarity on the flanks.

Now, we go back to the bad. Caio Alexandre, who had recently returned to training after a fifth metatarsal fracture in his left foot going back to last year, is now out with a fractured left hand.

“It’s very sad that Caio got another injury,” Sartini said. “He got the foot broken last year and he was coming back and now this setback again is going to take him off for some weeks.”

Caio made 15 appearances last year before his first injury.

“He’s a top guy,” Sartini said. “He’s a fantastic guy, so upbeat and so positive that, I talked with him today and say, ‘Hey, don’t get yourself down because your time will come.’ I know this and he has this great quality that he always faces life with a smile and with a positive attitude.”

Many ‘Caps fans have been waiting for Caio to return to the lineup to help reinvigorate the midfield. The pairing of Russell Teibert and Sebastian Berhalter has been decent in the early part of the season, but at times, it’s felt as though they go missing for stages of the game.

Caio is set to be re-examined next week, but the early diagnosis has him out another eight weeks.

And a new player on the horizon?

So, right now, the Whitecap central midfield consists of Teibert, Berhalter, Caio and Michael Baldisimo. But with Alexandre out long term, it has limited Sartini’s options in the middle of the park.

Well, could that be changing? MLS Insider Tom Bogert reported that advanced talks are underway to sign Andres Cubas, a Paraguayan defensive midfielder currently playing for Nimes in Ligue 2 in France.

If it goes ahead, there could be a transfer fee of around $3.25 million US.

Cubas plays as a ball-winning midfielder, often leading his league in ball recoveries. He’s a playmaker as well, which is something sorely needed to get the attack started earlier in the defensive half of the pitch.

The Whitecaps do have a DP slot available, but it’s for a young DP. However, given the salary likely commanded by Cubas, my guess is that his hit against the cap could be paid down by allocation money rather than using a DP slot.

If this is a go, a contract could be done soon. The MLS first transfer window is open until May 4, which could see Cubas coming sooner instead of waiting for the summer.