Terminal City Thoughts: Cascadia rivals and the arrival of Cubas 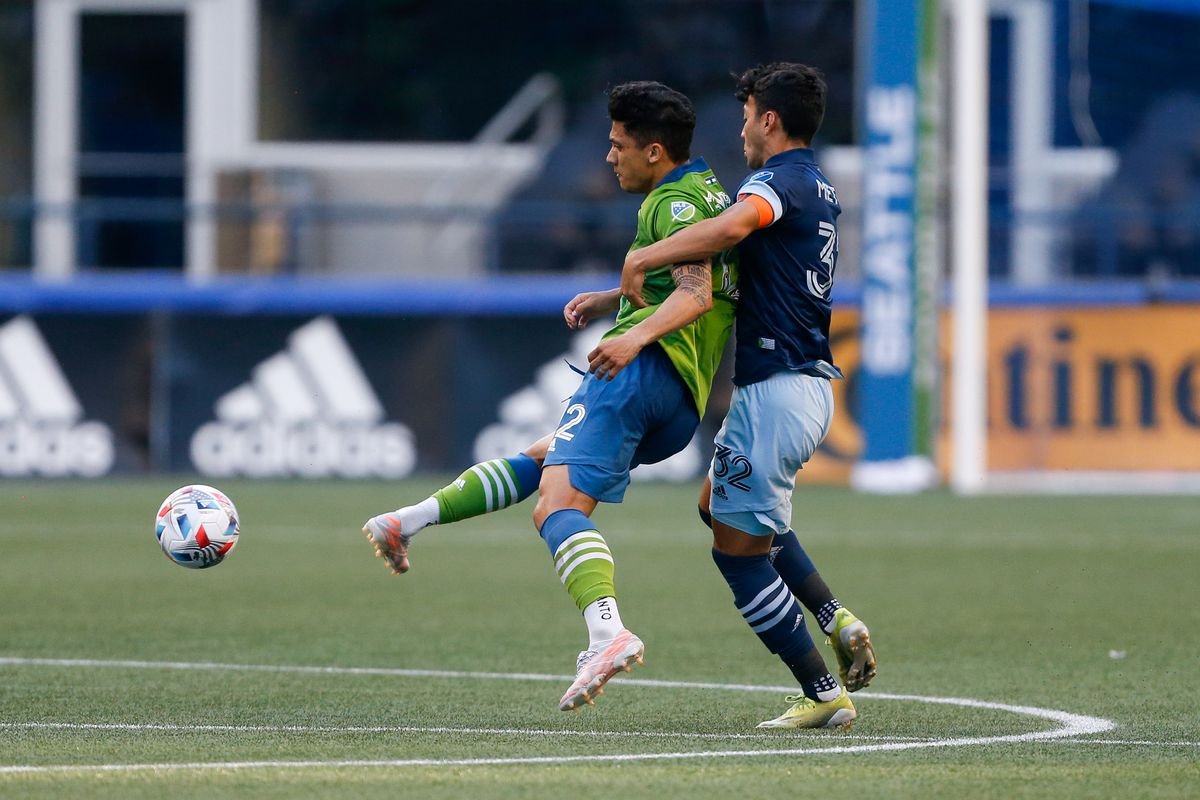 It’s been a while, ‘Caps fans!

After their last gasp effort against Real Salt Lake, when Ryan Gauld converted a penalty in the dying minutes of stoppage time, the Vancouver Whitecaps have been on a break as national teams around the world took to the stage. But’s that’s wrapping up fast. The Whitecaps head to Seattle to play their postponed match against the Sounders, Tuesday at Lumen Field.

To the home of the Champions League title holders

Seattle suffered a bit of a slow start to the season, but that can be understandable given the extra matches and travel they had as part of the CONCACAF Champions League. They came out winners of that continental tournament, booking their ticket to the FIFA Club World Cup against teams such as Real Madrid.

Head coach Vanni Sartini spoke about their upcoming opponents and what the Whitecaps can expect. “Seattle is a very good team,” he said. “They got good players. But, I would say, it’s hard to find a moment better than tomorrow to play against Seattle because they’re going to miss some players that are on international duty.”

Five players have been called up from Seattle: Cristian Roldan and Jordan Morris (United States), Albert Rusnák (Slovakia), Xavier Arreaga (Ecuador) and Nouhou (Cameroon). Sartini mentioned that the squad has been working on a number of things in preparation for this match, including breaking down the defence of the opposition. “I think that we are doing very well on kind of defending in our block, not pressing very high, but very good in our [defensive] block and building up,” Sartini said. “We try to work…on how to break a defensive block. I think that we build up very well, but when we arrive in the final third, we didn’t create too much opportunities. So, we need to be better at that.” The original date for this match on April 30 would have seen a different Whitecaps showing up to the game. Injuries and health and safety protocols were plaguing the team and the team had lost five games of their last six.

We were also talking about Sartini being on the hot seat. What a breath of relief that postponement was for the Whitecaps. It gave the club a much-needed break to get players back to fitness and allowed them to work on new tactical systems that were more suited to the individual strengths of the squad.

That led into May, which saw the Whitecaps not only rise in the standings from the basement of the MLS, it saw them get into the semifinals of the Canadian Championship and exorcise their demons of not being able to beat CPL clubs. But nothing about playing the Sounders is easy. In fact, the southern rivals are undefeated against the Whitecaps in the last 14 matches (9 wins and 5 draws) going back to April 2017. “I think that we need to try to do our best game and to avoid them to play a lot with their quality players—[Nicolás] Lodeiro, [Ruál] Ruidíaz, Freddy [Montero] if he’s going to play—in between lines and being able to attack the space. So, I think we need to do a very good defensive performance because they’re a team that they concede chances, but they create a lot of chances. So, I think our job will be to make them create less chances than usual.” In particular, Ruidíaz is a man to watch for the Blue-and-White. The Designated Player has six goals in the last seven matches against the ‘Caps.

Let’s face it; away to Seattle is one of the most difficult matches for any team in MLS. For Vancouver, it has the added intensity of being a rival and opponent in the Cascadia Cup. The Whitecaps are without Lucas Cavallini (Canada) and Javain Brown (Jamaica), both on international duty. In addition, Thomas Hasal (left hand) and Cristián Gutiérrez (left calf). Russell Teibert (right eye) and Cristian Dájome (right hamstring) are listed as questionable. But there is some good news on the injury front.

No player is on health and safety protocol anymore. As well, Tristan Blackmon has been training and is ready for minutes. “[He’s], I would say, 85–90 per cent,” Sartini said. “He’s doing quite well. He will be part of the team tomorrow. He’s still not…I would say, 100 per cent confident playing long balls sometimes, but in terms of running, changing direction, 1v1 defending, building up, he’s doing everything.”

With Cavallini and Dájome likely out, I expect a Brian White and Deiber Caicedo pairing up top again. However, expect Gauld to line up behind them as a no. 10 rather than come off the bench. His creativity is necessary in getting the two front men the ball in behind defenders instead of having them be forced to drop back and win balls themselves. I also expect Florian Jungwirth to continue in his role as a defensive midfielder. He’s done well in the past two matches, and Sartini spoke earlier about the necessity for defensive solidity against Seattle.

But given Sartini’s track record, there’s likely to be a surprise or two.

The longest transfer ever has concluded…finally!

Andres Cubas is finally a Vancouver Whitecap. Yes, he did sign a while back, but he finally made it to Vancouver and has been training for the past two days with the club. The coach was happy with his player and have him on the training pitch with his teammates. “He showed a little bit of what he has,” Sartini said. “Of course, he’s not ready yet to start a game with us. But he’ll be part of the travel and we’ll decide during the game if he’s going to have some minutes or not.”

Cubas will be on the bench for the Seattle game. Depending on how it plays out, he may see his first minutes in a Whitecap shirt. He will likely hold the no. 6 position that Jungwirth currently has in future matches. This will give Sartini the option of moving Jungwirth to the backline as part of a back 3 with Cubas sitting just above them.

With Blackmon healthy as well, there are now options in defence and many players that will want to play. That’s a good problem for Sartini to have.