Terminal City Thoughts: A week off, the second team and the hot seat 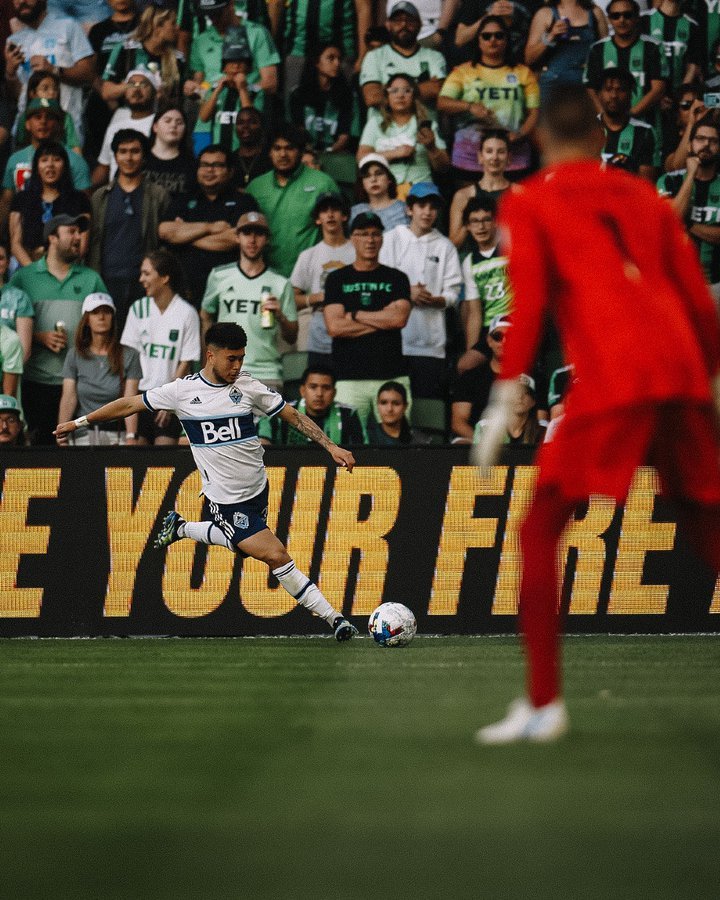 The Whitecaps were given a bit of a break as their game against the Seattle Sounders, originally scheduled for this upcoming week, was moved to later in the summer. The Sounders will play in the CONCACAF Champions League against Liga MX club, Pumas.

For the ‘Caps though, it lets them analyze the season so far and regroup and refocus for the daunting task now at hand.

“I think it’s a good week to have a bye week in the sense that, of course, things are not going very well,” said Vanni Sartini. “So, we use this time to regroup, to work a lot, to maybe make some changes. Of course, when things are not going well, we need to analyze everything and try to make changes to be better.”

The head coach said he has conducted individual meetings with the players since returning from Austin to let them air their concerns. Sartini and his coaching staff are also taking this extra time to analyze past games in order to chart the path ahead.

“We’re changing [tactics] now,” he said. “We have time to make some changes, and we’ll do it. We’re trying to do to things in a certain way. We realize that, at the moment, maybe we can get back to this kind of way of playing. At the moment, we are not able to do the thing that we wanted to do, and so we are making some tweaks. Again, not a revolution, but making some tweaks.”

Whether it is tweaks or a revolution, some sort of change is necessary. The Whitecaps have let in more goals than they have shots so far this season, have a -11 goal difference and sit dead last in the entire MLS.

Forget conferences; they’re at the bottom of everything.

So, what are these tweaks? Well, the simple answer is, we don’t know. But hey, we can always speculate on what we think is required.

I wrote in last week’s Terminal City Thoughts that players are being asked to play in positions that are not completely natural to them. While they have made the best of it, fitting players into the system rather than letting the players dictate what kind of system to use, has not worked.

Sartini wants to play an attack-minded game with pacey wingbacks feeding in crosses, a strong press to win early balls and dominance in the midfield.

But the club doesn’t have natural wingbacks. They have fullbacks who struggle with the offensive part of the game and wingers who don’t always track back, which leaves the back three looking a little lean.

The press has looked good for moments in every game, but it has never been consistent.

The midfield dominance that’s so desired has been betrayed by errant back passes that get picked off.

While a back four may not be the tactical choice of progressive coaches today, it fits the personnel at Sartini’s disposal. It would also let him play wingers higher up the pitch.

For full backs, there’s Jake Nerwinski, Javain Brown, Marcus Godinho and Cristián Gutiérrez. Even Tristan Blackmon has right back experience from his time with LAFC.

On the wing, you have Déiber Caicedo. Cristian Dájome and Pedro Vite also have previous experience out wide as well.

It may mean a less sexy style of football, but if it shores up defence, allows the ball to be moved up the pitch to more traditional attack-minded players and let them concentrate on their specific job, that may be the path to take until the right pieces are brought in to play the way Sartini wants to play.

Unfortunately, it doesn’t look like those pieces exist at the club right now.

Whitecaps 2 and giving minutes to the fringe

Having the second team play in the same city as the first team is a valuable resource for the Whitecaps and this bye week lets Sartini give minutes to some of the first team players that haven’t had much in MLS so far this season.

Godinho, Cody Cropper, Érik Godoy and Vite will all be given much-needed gameplay time this weekend for the game against San Jose Earthquakes II at Swangard Stadium.

Sartini referred to the game-heavy May and the need for all players to be match ready.

“The main reason is that we are facing again in May where…we’re going to play six or seven games,” the head coach said. “So, everyone will need to play, because no one can play 7 games in 20 days. So, what I’ve seen is when I’ve played players that are not playing too much before, the rhythm is missing.”

Training is good, but it can’t fully replicate the pace and experience of a real match. Hopefully, this lets these players be ready, get to full fitness and prepare to contribute to the first team in the upcoming month.

It’s not a question you want to ask someone, but everyone knows it’s on everyone’s mind. So, rather than question it, let’s just say it outright.

Sartini is on the hot seat.

For what it’s worth, the head coach agrees.

“Of course, I feel that I’m sitting in the hot seat,” he acknowledged. “It’s good that we feel the pressure. I feel the pressure. It’s good that we are with our backs against the wall because…if you don’t react very well in the next four, five games and don’t start winning, it becomes a very sad season. You know, as always happens with the coach, this is a business-oriented result. I don’t know if I’m talking with you in two months.”

But we can’t question the heart of this coach.

When you’re winning, you’re the catalyst that made it happen. That was Sartini’s story at the end of last year.

When you’re losing, you’re the cause, the impediment standing in the way of success.