Maxime Crépeau is the MVP of the Whitecaps 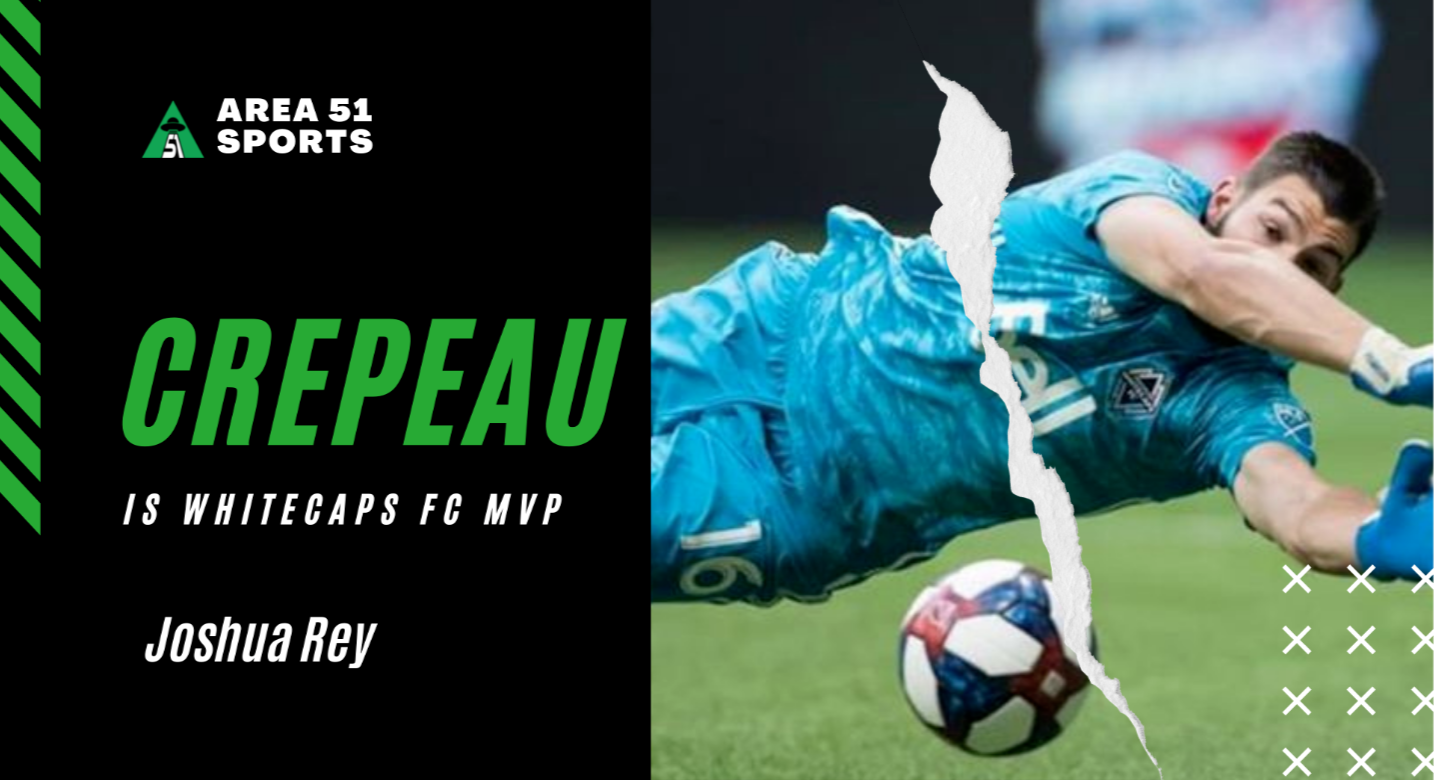 Don’t look now, but playoffs are a possibility for the Vancouver Whitecaps.

With 44 points, Vancouver sits right above the playoff bar thanks to a comeback win in Portland and a 1-1 draw in San Jose. They are two points above Real Salt Lake, one point below Minnesota United (Who come to BC Place on Wednesday by the way) and are two points below the Portland Timbers and LA Galaxy.

There are a bunch of factors explaining why the Whitecaps are fighting for a playoff spot.

Vanni Sartini has revolutionized the squad, (he should not have the “interim” tag anymore.) Florian Jungwirth has been a great addition to the backline, Ryan Gauld’s playmaking is a breath of fresh air and Brian White has been finding the back of the net.

If there is one man who can be credited for the Whitecaps being still in the playoff hunt, it’s goalkeeper Maxime Crépeau.

Crépeau has been saving the Whitecaps time and time again. Per Football Reference, he has a 74 % save percentage on the season and 1.17 goals against. He has six clean sheets.

Before giving up a goal against Sporting KC, he had a clean sheet streak of 375 minutes. (Three clean sheets in a row, to be precise.)

“It’s really one moment at a time and we will refocus and be together and get that nice recovery in and get ready for Wednesday.”

He has been there for the caps all season. In San Jose, he made an error coming off his line but he (with the help of Jungwirth) managed to recover and grab the ball before it crossed the line.

Crépeau’s best save of the season is most likely the stoppage-time penalty save against FC Dallas which secured the Whitecaps three points.

He always looks so calm and collected in goal. No matter the shot, Crépeau always looks ready for it. Even when the defenders give opponents easy chances, he is there.

The Greenfield Park Quebec native was originally part of the Montreal Impact academy (Now CF Montreal) and was eventually the backup to Evan Bush. He sought out more playing time and was loaned to Ottawa Fury of the USL in 2018. There he had 15 shutouts, the most in a single season in the USL. He was also named to the USL’s All-League First Team and was named USL Goalkeeper of the Year.

The following season Montreal traded Crépeau to the Whitecaps for $50,000 in Target Allocation Money and a third-round pick in the 2020 MLS SuperDraft. Montreal’s loss was Vancouver’s gain.

Crépeau has also been playing for the Canadian Men’s National Team and has started the last few World Cup Qualifiers including the big 4-1 win over Panama in Toronto.

Unlike David Quadrelli, I am no goalie expert and no, I do not plan on writing and endlessly talking about goalkeepers and their techniques on Terminal City FC like he does.

What I do know is that Crépeau has made these saves that make you want to say “Thank God” every game. He saves clear shots like it’s easy and he has been the Whitecaps’ most consistent player all year.

The Caps are going to need him to continue this run of form and if he does, some European club could come calling.

For now, Crépeau is a Vancouver Whitecap and is here to lead the playoff charge.

“Show up guys, we need you, we'll be there all together,” said Crépeau on the fans after the draw against the Earthquakes per Alexandre Gangué-Ruzic of Between The Sticks.

Whitecaps fans, bring your all at BC Place. Don’t worry, Crépeau will be there to save the day.