Keys to the Whitecaps Playoff Push 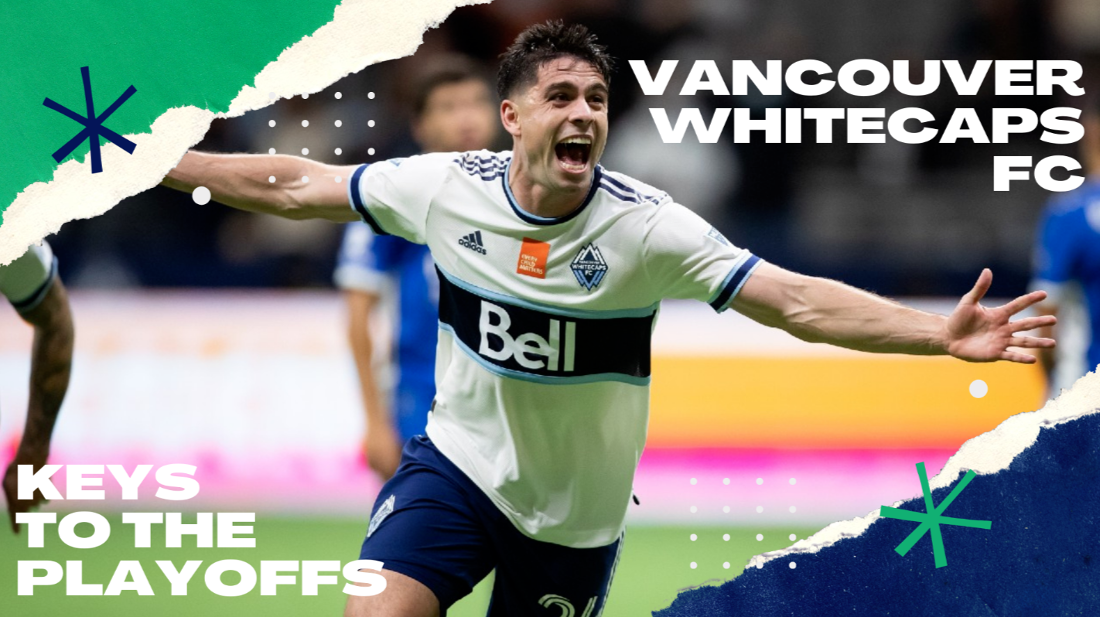 It has been quite a few months for the Vancouver Whitecaps.

In their last 10 MLS matches, they have only lost once and that was a 1-0 home loss to the Portland Timbers. They have won six times and drawn three times.

They also started the season by playing their home games in Salt Lake City due to the COVID-19 Pandemic protocols and were finally allowed to return home in August.

The club also decided to part ways with head coach Marc Dos Santos after a poor run of form. The stunning loss to Pacific FC in the Canadian Championship seemed to be the final straw. Vancouver immediately named Vanni Sartini the interim coach after Dos Santos’ firing.

The Italian has been with the organization since 2019 and has been assistant coach, under 23 team head coach, and Academy Director of Methodology.

Under Sartini, the Whitecaps have looked more fun and creative. They looked more organized defensively and were moving the ball around the pitch quicker and players were moving more freely rather than staying in position.

(For some reason, Google thinks Sartini is only 21. I’m serious, look it up.)

The Whitecaps are coming off a 3-0 win over the San Jose Earthquakes at BC Place which saw Brian White scoring a hat trick. The former New York Red Bull has nine goals on the season and all of them have come the last few months. He is now the Whitecaps leader in goals which is impressive because was acquired by the club in exchange for cash from the Red Bulls on June 2.

White was then named MLS player of the Week. According to Alexandre Gangué-Ruzic of Between the Sticks, he is the first Whitecap to receive that honour since Alphonso Davies did in June of 2018. (Wonder what that guy is up to now?)

The Whitecaps are facing the Western Conference-leading Seattle Sounders on Saturday.

The Caps are one point below the playoff line with 37 right behind Minnesota United and two points behind Real Salt Lake and LA Galaxy. They are also three points ahead of LAFC.

Vancouver has seven matches remaining on the calendar (Including the game in Seattle) and four of those are on the road.

Here are three keys to the Whitecaps push to the MLS Cup playoffs.

Crépeau has kept the Whitecaps in games and has made some incredible saves including a season-defining penalty save against FC Dallas which secured a massive three points.

Unfortunately, Crépeau won’t be available in Seattle as he has got a well-deserved call-up for the Canadian Men’s National Team for the World Cup Qualifiers.

That means 22-year-old Thomas Hasal will be in net. The Saskatoon, Saskatchewan native hasn’t played in a long time but has likely been working with goalkeeping coach Youssef Dahha on his technique.

It will be a big test for him to show that he can be a capable backup to Crépeau and remind fans of the goalkeeper he was during the 2020 season.

Whether it’s Crépeau or Hasal between the posts, the Whitecaps are going to continue to need stellar goaltending down the stretch.

The Whitecaps have really shown off the high pressure and looked quick on the counterattack under Sartini.

They have to continue with that. Russell Teibert showed that off against San Jose and he was practically everywhere. When the Earthquakes tried to clear the ball, Teibert would always be there to steal it and pass the ball up the pitch.

The Whitecaps have signed a desperately needed attacking, creative playmaker in Ryan Gauld. Gauld has been a fun player to watch with his sharp passing skills, dribbling, and goal scoring.

Deiber Caideco, Cristian Dájome, Gauld, and White have looked great together and will need to continue their creative playmaking.

Simple, but smart and effective defending

The last time that the Whitecaps gave up more than one goal in MLS action was on July 31 in a 2-2 draw at BC Place against Minnesota United.

The Whitecaps have looked more organized defensively under Sartini than under Dos Santos.

The likes of Florian Jungwirth, Jake Nerwinski, (Who has been playing on the left side rather than his natural right side.) Andy Rose and Ranko Veselinovic have been doing simple but effective plays.

They have been quick at clearing the ball, making clean tackles, and have marked their opponents well in the box.

The defenders have to help Hasal and Crépeau and keep making life harder for opposing attackers.

All these things need to continue to happen for the Whitecaps to play games past November 7.