In Defense of the Caption: Rusty on the Rise 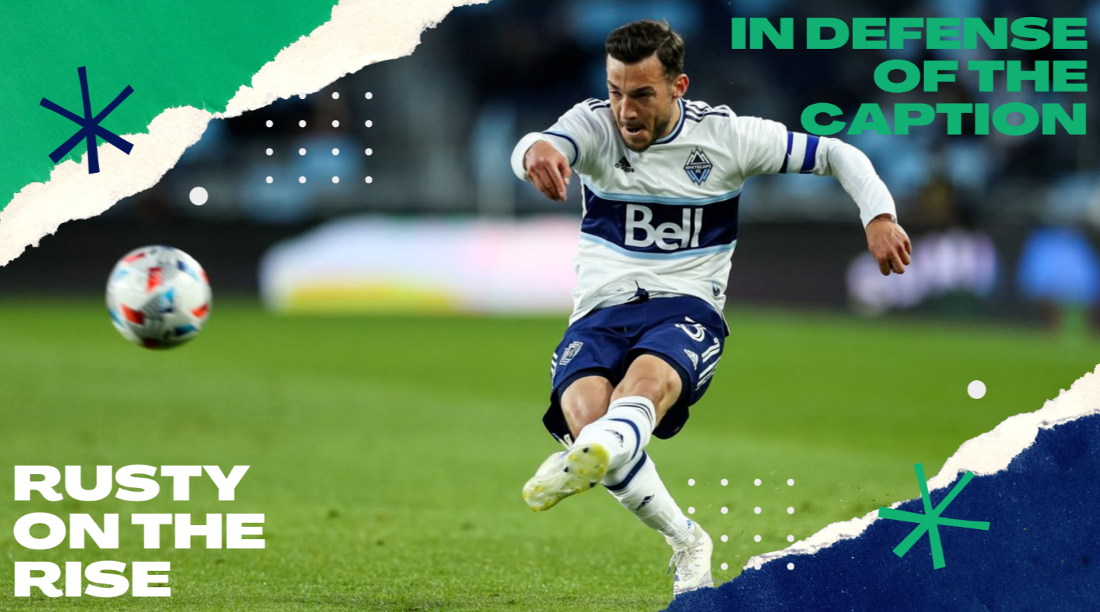 Rusty. It’s an odd nickname. The word brings up associations with old age or a lack of practice leading to questionable decisions, fatigue or errors.

And yet, this is the name which has been affectionately given to the captain of the Vancouver Whitecaps throughout his career.

Teibert has been on the receiving end of a lot stick from home fans over the years, and some of it, understandably, has been a result of his own doing.

But over the past few months, there feels to have been a shift in his gameplay. The smaller errors in his game are fewer, he’s playing with greater freedom and it’s paralleling positive changes on the pitch for the rest of the team.

The changes are enough that it begs for a comparison. But where should that line of demarcation be drawn?

The most obvious answer is comparing Teibert in his play this season under two different head coaches: Marc Dos Santos and Vanni Sartini.

Now, to be fair, Teibert’s play saw improvements during the last few matches under Dos Santos. However, as arbitrary lines go, a shift in coaching makes sense and does offer a glimpse into the captain’s changing level of play and role on the pitch.

First off, let’s not compare goal production. Yes, Teibert scored a beauty last Sunday against Sporting Kansas City and did not score earlier this season under Dos Santos. But it’s one goal in three years, and in the position he plays, goal production is an added benefit, not a primary function. It’s an errant stat, hardly a blip on the radar.

Where Teibert has improved his game lies in the middle of the pitch.

Defensively, Teibert is becoming quicker in closing down opponents and frustrating their forward play. His statistic on the press—applying pressure to opposition players who are receiving, passing or dribbling—has increased per match from 15 to 18. This is a 17 per cent increase.

Pressure also enables a player like Teibert to force errors from opposing players, either by fumbling a pass a losing a ball in their feet.

To that end, Rusty’s interceptions have increased from 1.2 a match to 2 a match. This puts him higher than Toronto FC’s Michael Bradley at 1.39 or Nashville SC’s Dax McCarty at 1.77.

Winning the ball back through interceptions and his increased pressing game is also leading to better game positions. He has more touches on the ball, at 44 a match, up from 36.

The more a player in the midfield can move the ball forward, the greater the number of touches strikers and other attacking players have, which in turn, lead to goal scoring opportunities.

You can chalk a lot of this down to Sartini’s change in formation and more expansive play in the middle and attacking areas of the pitch. It has given a player like Teibert a newfound freedom.

Teibert is not the biggest player at all, but his game benefits when he is allowed to play physical. He enjoys challenging for positions, cutting off attacking plays and basically, being a bit of a shit disturber.

Now, he gets to, and his role in the Whitecaps’ latter half success is noticeable.

Good ole’ Rusty. Keep it up.