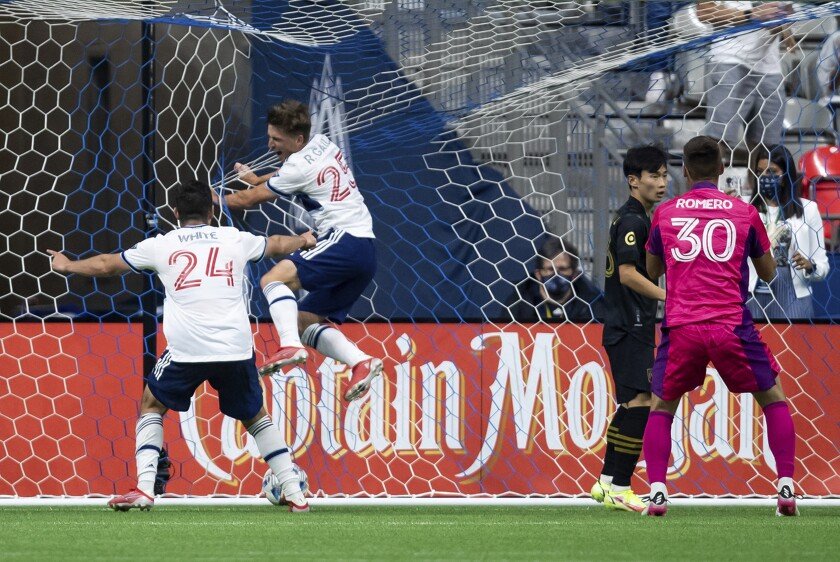 The Vancouver Whitecaps used the international break to hit reset.

It has been a tough start to the season with the Whitecaps losing three games and drawing one. Vancouver, unfortunately, sits at the bottom of the Western Conference and they look to get their first victory of the season when Sporting Kansas City comes to town on Saturday.

Sporting KC, of course, was the team that knocked the Whitecaps out of the MLS Cup Playoffs last season and they pretty much still have the same team from then.

For head coach Vanni Sartini, the playoff loss isn’t the motivation for victory, it is the fact they haven’t won a game yet.

By their standards, it is a slow start for Sporting Kansas City. They are 2-0-3 on the season and both wins have come at home while all three losses have come on the road. Kansas City has always been one of the top teams in MLS and boasts the likes of Dániel Sallói, Graham Zusi and Johnny Russell.

The Whitecaps will get a boost, well actually two boosts to their attack. Ryan Gauld and Brian White have missed time with injury and both players have been working hard at training.

Sartini also added that both Gauld and White won’t be playing 90 minutes as both aren’t 100% yet.

White’s only game action was 30 minutes in the second half in the home opener against New York City FC. He has been dealing with foot and calf injuries for the first few weeks of the season but he feels good and can’t wait to play in front of the fans.

The international break was a good time for him to heal and train.

“Obviously, it was a rough start to the season for me, a couple of injuries but sometimes things like that happen,” said White. “It will be great to get back out there, score a goal and help the team win in front of our fans again.”

White was Vancouver’s leading goal scorer last season with 12 and a majority of them were at BC Place.

“I think it’s been having great to have them (the fans) cheer us on and sometimes they sing a song with my name in it and it feels pretty good, so it’s great to be home.”

Gauld also missed the game against Los Angeles FC due to a right adductor strain. The Scotsman is a pivotal playmaker for the Whitecaps and the attack didn’t have the same spark without him.

“It’s been good, it’s been intense,” said Gauld on the training this past week. “We are looking to add that intensity to training so it’s been a good week preparing for the game. The start of our season hasn’t been good enough so we’re adding that intensity to make sure we’re working harder so when it comes to the games, our backs are against the ropes all the time.

“They’re a good side,” he said. “The majority of the team is the same from last year and from the year before as well so we know each other’s game pretty well and how each other works. Every game is different so we’re going to make sure we can play the best we can to get the best result.”

Gauld and White also hope to recreate their chemistry from last season.

“We need to look at what we did last year and find out what worked for us,” said Gauld. “The first thing that comes from us is hard work. Brian has been struggling with injury this year so it will be good to have him back and look forward to sharing the pitch with him again. We’re both looking to kickstart the season.

White and Gauld were both casting spells of football magic and hopefully they have some more tricks up their sleeves that can help the Whitecaps get the three points.