Four reasons to look forward to the 2022 Vancouver Whitecaps Season 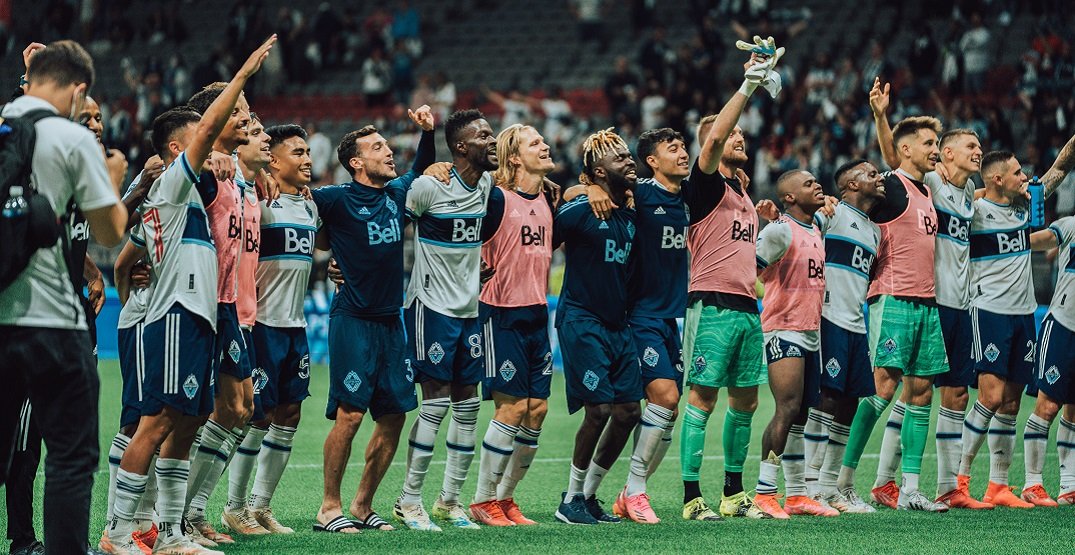 There are 48 more days until the Vancouver Whitecaps begin their 2022 MLS season in Columbus to take on the Crew. It seems the Whitecaps will have their preseason in San Diego in February too. They will take on the San Diego Loyal on February 13 in the city famous for Sea World.

Other than trading for defender Tristan Blackmon from Charlotte FC (Who took Blackmon from LAFC in the expansion draft.) in exchange for $475,000 in General Allocation Money, it has been a quiet offseason for the Whitecaps. The MLS Superdraft is in a couple of days and the January transfer window is still young so there could potentially be some moves from the Whitecaps in the coming days and weeks.

Before you know it, the Whitecaps will be back on the pitch again and hopefully, they get to build on the success of last season.

Andiamo! After guiding the Whitecaps up the standings and to a playoff berth in 2021, Vanni Sartini officially became the team’s head coach in November.

Get ready for a full year of fast and creative play from the Whitecaps. It’s going to be a full season of organized defending and quick counter-attacking as well as pressure to steal the ball from the opposition. It will also be a full year of great motivational speeches and fun vibes from Sartini.

Sartini brought an exciting brand of soccer to the team as well as a sense of togetherness. Once again, Andiamo!

#2: A full year of Brian White and Ryan Gauld

have made big impacts on the pitch.

White was acquired from the New York Red Bulls for allocation money. The American led

Vancouver with 12 goals and 0.56 goals per 90 minutes on the season. Most of those goals were scored at home. White has an eye for goals and always finds the opportunity to get a chance on goal.

Ryan Gauld came in during the summer transfer window from S.C. Faranse of the second-tier Portuguese League. He has been the type of player the Whitecaps have been needing for some time. The Scotsman proved to be a great signing. He is great at set-pieces and an excellent playmaker and he could also score goals. Gauld had five assists on the season which was tied for the Whitecaps lead with White and Deiber Caicedo. Gauld had 0.34 assists per 90 minutes which led the Whitecaps.

Both Gauld and White’s connection was a treat to watch last season with them contributing to many of the Whitecaps goals. Hopefully, it continues next season.

For whatever reason, Max Crépeau finished fifth in the MLS goalkeeper of the year voting. Regardless, that solidifies how good he was for the Whitecaps. He was even voted the team’s MVP by the media which he rightfully deserved.

He was making great saves all season keeping the Whitecaps in games. His biggest was a penalty save in stoppage time against FC Dallas which gave the Whitecaps three crucial points. Crépeau was fourth among MLS goalkeepers 76.7% and his 96 saves were seventh.

After spending half of the season in Utah, the Whitecaps returned home in August and only lost once at BC Place.

In 2022, the Whitecaps will play in front of their fans for a full season with the first game being on March 5 against New York City FC, the reigning MLS Cup Champions. Right now, 50% capacity is only allowed at professional sporting events in BC and that may or may not be the case in March. The Whitecaps did play most of their games at BC Place with 50% capacity.

It will be great to hear the sounds of the best sporting atmosphere in Vancouver, however. Hopefully, you get a chance to go to a match yourself.

Nathan Durec and I will continue to cover the Whitecaps on the Terminal City FC Podcast and here on the blog for the Area 51 Sports Network. We want to bring Whitecaps coverage like never before. Stay tuned. Before you know it, it will be Whitecaps season yet again.