Canada third after second set of matches in the Octagonal 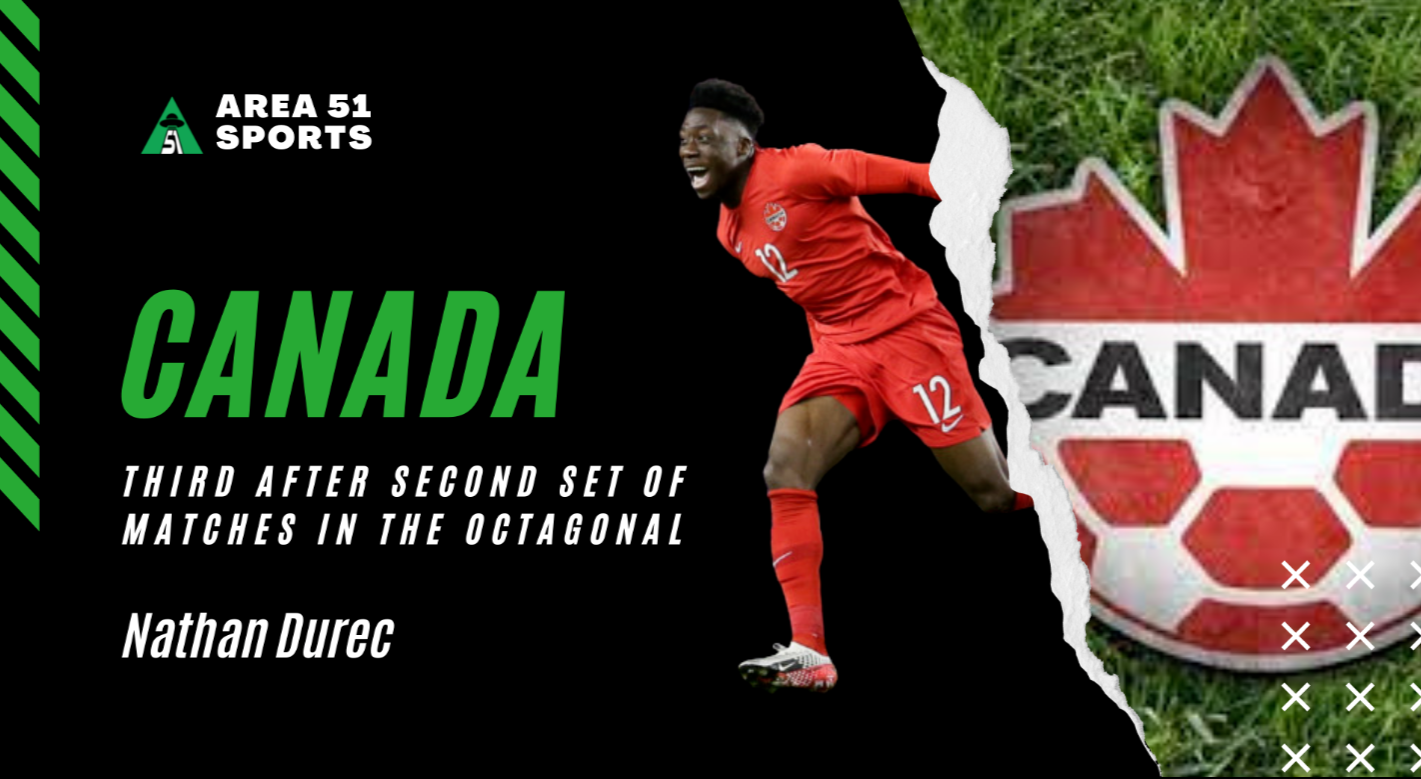 Canada came into this latest round of World Cup Qualifiers knowing it would be the toughest test yet. They did so without their starting goalkeeper, without their two of the main strikers and without their captain.

For the most part, it was a series of matches to be proud of. Here, we recap the games that were and see how I did in my earlier predictions.

This was the impossible game, the one Canada were expected to lose, the one they could lose.

Mexico. In Mexico. At the Estadio Azteca, a cathedral of football by any right.

But Canada, with a depleted roster, managed to come away with a point, the first time they have ever got a point out of Mexico in their country since 1980.

For Mexico, this match was one to forget, to walk back down the tunnel somberly and fight another day.

For Canada, this was an announcement. It may have already been known in CONCACAF, but this was for the rest of the world.

Watch out. We are real.

It is a distinctly odd feeling to see your national side go into the Estadio Azteca, draw and feel like it could have been a win.

Four players stood out for me on that day: Steven Vitória, Kamal Miller, Tajon Buchanon and Richie Laryea.

Vitória was the star of the second half, providing much-needed clearances in the 6-yard box. Miller provided the same in the first half, helping to keep Canada in the match during a nervy first few minutes.

And Buchanon and Laryea ran Mexican wingers and defenders on either side of the pitch ragged, showing it’s not only Alphonso Davies who has the speed in a red shirt.

Unfortunately, the match was marred in the 60’ with homophobic chants coming from the stands. Players were called to the centre circle by the referee to wait for them to subside, the first level of what referees can now do in such situations. Play resumed quickly after.

It must be noted that Mexico had been previously punished for a similar offense. In fact, and as I wrote in an earlier article, they were not supposed to be allowed fans for this match because of homophobic chanting. The ban was cut in half, fans were allowed back in and was anyone surprised by the outcome?

No word yet on what FIFA will do this time around, but expect it to be just as feckless and ineffectual as the last.

What a difference a few days can make. The conditions were hot and humid, and it seemed as though this slowed players of both sides down to a snail’s pace. This was not helped by a playing surface that looked like a sponge.

The result may have been a draw as in Mexico, but it did not feel anywhere near the same.

Jamaica, sitting on a single point before the match, was bottom of the Octagonal table. But the Canadian squad on the pitch this day was lethargic, sloppy and not clinical.

In truth, there was only one clear goal scoring chance to discuss, and that was Liam Millar’s completely free attempt with only Jamaican goalkeeper Andre Blake in front of him. But the extra touch Millar took on the ball to control it on the uneven surface was enough for Blake to set himself and deny Canada the points.

Particular mention should be given to Canada’s two centre backs, Doneil Henry and Derek Cornelius. Cornelius earned his spot back in the Canadian squad after an absence of almost two years, with elevated play for his Greek loan club, Panetolikos, where he has continually been a starter.

Henry, wearing the captain’s armband, showed it was well-deserved trust by Coach John Herdman. He was vocal in organizing the back line and was the clear standout for Canada with his strong challenges.

In a match where Canada dominated possession (62 per cent), they should have got more out of the it. But this is Jamaica’s stadium, and they know how to play in it, as evidenced by their high number of fouls whenever Canada reclaimed possession.

It made for a disjointed stop-and-start match, one that Canada was unable to adapt to.

But it is also important to remember that an away point in CONCACAF is a good point. There are no easy wins away from home. While this will feel like a loss of points for the casual viewer of Canadian football, the diehards know, a point away from home is a point earned.

Canada showed just how much they have changed over the past couple of years under Herdman. They started strong, but quickly found themselves down a goal in the 5’.

And while this may have quieted down the rambunctious crowd for a moment, it only gave fuel to the players. They fought back, tying it in the 26’ with a beautiful header by Tajon Buchanan from a corner. It did go down as an own goal by Panama, but without Buchanan providing the redirect, it would not have happened.

And what a difference a home crowd makes for a team. The stands at BMO Field were loud (apart from an early stumble) and gave the players a boost that many of us have never heard in a Canadian stadium for football. Toronto, you showed up, and the rest of Canada noticed. Thanks for cheering our boys on as you did.

After this round of fixtures, Canada sits in third in the Octagonal, four points behind leaders Mexico. The top three nations get automatic qualification to the World Cup in 2022, while the fourth nation goes into a playoff with other federations.

In my previous article, I gave an optimistic estimation of possible points coming out of this series of matches. I said seven was possible. We ended up with five. And the two dropped points came from the Jamaica match, points that were there for the taking on a better day.

Still, five points is a good round.

Canada’s next camp is in November, where they will play Costa Rica and Mexico, both at home in Edmonton.