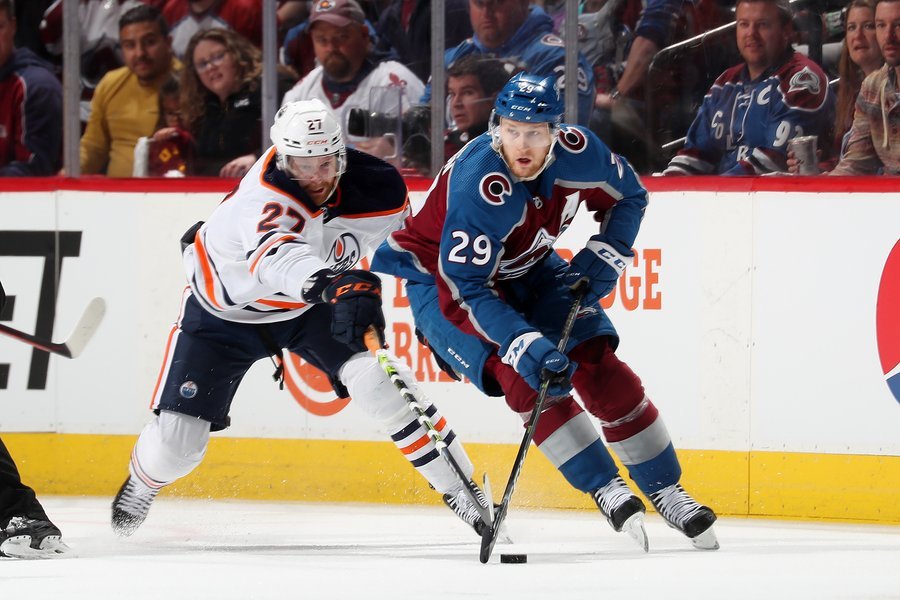 Summer is almost here as June is upon us.

It’s time for another edition of Avid Thoughts. Let’s get into it.

The conference finals have already begun in the NHL. But first, let’s look back at an interesting second round.

The Calgary Flames and Edmonton Oilers played an intense Battle of Alberta despite it going to only five games. It was a chaotic series in which both teams had bad goaltending.

Jacob Markstrom looked tired and when he is, he plays poorly. We’ve seen that happen when he was with the Vancouver Canucks. The Oilers looked dangerous on the counters especially when Connor McDavid or Leon Draisaitl or Evander Kane was on the ice.

The Flames didn’t have Chris Tanev at 100% who was playing with numerous injuries and will have offseason surgery. I wish hockey didn’t glorify playing with injuries. Playing with a torn labrum, separated shoulder and a sprained neck could damage Tanev long-term.

The Flames just couldn’t handle the speed and skill of McDavid and the Oilers.

The “kicking motion” rule needs to be changed. Coleman was trying to stop and the puck went off his skate. It didn’t look like a kick to me as his skate did not leave the ice. It’s also hard to stop when you are being pushed. I think it should only be deemed a kicking motion when the skate is lifted.

I guess that made up for Joel Otto’s goal against the Canucks in 1989. He definitely kicked it in.

Nazem Kadri lives rent-free in the heads of the St. Louis Blues, their fans and Jordan Binnington.

Kadri collided with Binnington and he ended up with a lower-body injury and apparently threw a water bottle at him. To make things worse, Kadri received some vile threats on social media. At the end of the game, it is just hockey and there is no need to threaten a player online over it. Luckily, some of the people who sent those terrible messages got what they deserved and Kadri got the last laugh as he scored some goals and the Blues won the series.

It was also typical of Binnington to throw a bottle at Kadri. No need to throw a tantrum.

I also forgot Darren Helm was still in the NHL as he scored the winner with six seconds left or something like that. Apparently, he scored a series winner in 2009 which sent the Detroit Red Wings to the Stanley Cup Final.

The Battle of Florida really wasn’t a battle. That series is another example of why the Tampa Bay Lightning are among the elites.

The Panthers were the highest-scoring team in the NHL during the regular season and only scored three in four games against the Lightning. The Lightning had the speed, skill and goaltending.

Andrei Vasilevsky is a different beast in the playoffs and in elimination games. Maybe his nickname should be “The Eliminator.” He is by far the best goalie in the world right now.

I didn’t expect the Hurricanes to go out with a whimper. Instead of Hurricane, Carolina brought light showers in game 7. Speaking of good goalies, Igor Shesterkin has rebounded well after being pulled in Pittsburgh. He was there to shut the door against the Hurricanes. The Rangers faced criticism for their starts not showing up in their first two games. Artemi Panarin, Chris Kreider and Adam Fox got on the scoresheet in game 7.

I’m predicting the Rangers will bow out to the Lightning in six games. It will be Shesterkin vs Vasilevsky. Unfortunately, the Lightning’s experience will be too much for the Rangers to handle.

In the West, it will be McDavid vs Nathan MacKinnon. This is a series that will display a lot of speed and energy. But due to Colorado having the edge in defence and goaltending, I’ll take them in six.

The Avs beat the Oilers 8-6 in a chaotic game where both goalies left the game. I hope the rest of the series is like this. Also, it was offside on Makar’s goal. He didn’t control the puck? Yes, but Nichushkin was still offside despite tagging up. I don’t care if Makar didn’t control the puck for a split second, Nichushkin was still offside. Looks like that rule should be adjusted too.

Also, Mike Smith should just retire at this point. Still can’t believe Ken Holland didn’t bother looking for a goalie at the deadline.

Soccer fans are the most passionate. No other sport has the passion they have.

However, soccer fans also show the ugly side of the game.

Real Madrid beat Liverpool 1-0 to capture their record 14th Champions League title last Saturday at the Stade De France in St. Denis. The game was delayed by about 36 minutes because Liverpool fans had problems getting into the stadium.

Apparently, fans were trying to get in and they had legitimate tickets. Somehow, fans with counterfeit or no tickets managed to get into the stadium. To make things worse, the police used tear gas on the fans which included young children.

The final was so poorly organized. How in the world are people with fake tickets or no tickets being allowed into the stadium? Yet, they teargas the fans with legitimate tickets? Don’t they have scanners and turnstiles that can detect fake tickets? My goodness, the security got paid to basically do nothing.

Speaking of bad security, St. Ettiene fans ran onto the pitch and threw flares at their own players as they were relegated to the second-tier French league.

Pitch invasions have been common in the sport for years now. However, things get can get out of hand with them.

Flares have also been a part of soccer fandom in Europe for years now. There is a saying “No pyro, no party.” The flares can look spectacular in the stands but they are also dangerous.

I know it’s hard for security to stop a mob but these should be preventable. In North America, we don’t allow flares or fireworks in the stadium and do a good job of making sure fans don’t run on the pitch. (Though BC Place security didn’t even bother chasing a shirtless pitch invader that one time.)

We also do a good job of making sure people with counterfeit tickets can’t get into stadiums.

Soccer especially the Champions League Final is meant for people to enjoy. Security needs to improve at stadiums so people can get in and enjoy the game. Fans with actual tickets should be allowed in and they should not throw flares at their own players.

Can the Celtics stop the Warriors?

The NBA Finals are upon us.

The Boston Celtics are probably the most storied NBA franchise winning 17 titles. However, they have not won it since 2008. After they won it, Kevin Garnett famously yelled “Anything is possible!”

The Celtics have a lot of good players. That includes Marcus Smart, Jayson Tatum and Jaylen Brown. However, the Warriors are still as star-studded led by Steph Curry and Klay Thompson.

I know the Celtics have been a good defensive team but we all know about what the Warriors can do offensively. But the Celtics can score a lot of points too.

I have a feeling this year’s NBA Finals will be a dogfight but the Warriors’ experience will prevail in a seven-game series win.