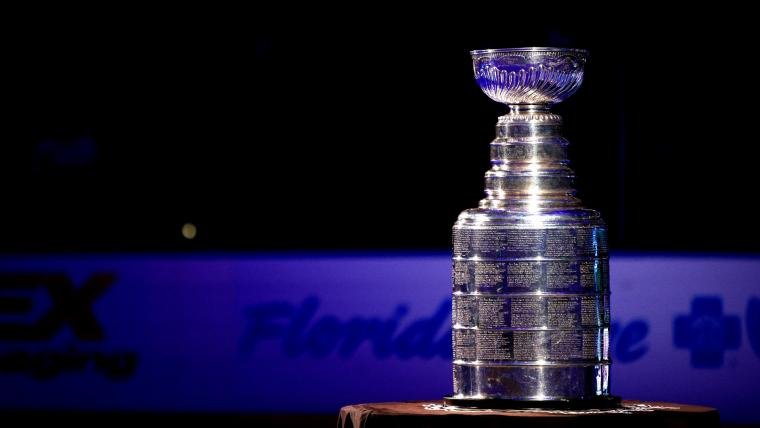 April Showers bring May Flowers as the old saying goes.

It’s hard to believe we are in May now. April just flew by. I could have sworn the Super Bowl happened last week.

Both the NHL and NBA are in the playoffs, MLS and MLB are in full swing the NFL draft has concluded and the Premier League will conclude this month. May is also the month of major cup finals across Europe. That includes the Coppa Italia, DFB-Pokal, FA Cup, Europa League and of course the Champions League.

Let’s get into the first Avid Thoughts of May and there are a couple of questions at the end I will answer.

Nothing but love for Brock Boeser and his family

Brock Boeser has been going through hardships all his life.

His father Duke was diagnosed with Parkinson’s Disease in 2010 and later got into a car accident which caused a brain injury. Duke was also diagnosed with lung cancer in 2017 and despite four chemotherapy treatments, the cancer came back in 2019. Boeser lost a close friend in a car accident in 2014 while he was at the Ivan Hlinka Tournament in Slovakia and another friend was severely injured in the accident. Prior to his first USHL game, Boeser lost his grandfather. Since his father couldn’t work anymore due to his brain injury, his mother Laurie had to work three jobs to support Brock, his half-brother and his sister.

On the ice, Boeser had a season of highs and lows and spoke about how his season wasn’t what it wanted to be.

He also revealed that his father has dementia and broke down in tears when trying to answer the question and also had to leave the room.

Ben Kuzma of The Province and the Vancouver Sun was the one who asked Brock how his father was doing. He has been getting a lot of heat on Twitter for asking that.

I would have not asked that question. It was the right question to ask but at the wrong time. Boeser has been very open about his father’s health in the past and actually wanted to answer the question. This was an exit interview and the players were there to talk about the season that was and how they will improve next season.

Sure, there is the human element here but that is the type of question you can ask during a private one-on-one interview. (Though I think those are hard to get to now because we are still in the COVID era.) Boeser was willing to tell his father’s story during one-on-one interviews. A press conference isn’t the place to ask such a difficult question.

Someone on Twitter pointed out that Bo Horvat was asked about his new baby girl. That is a totally different scenario. Horvat shared the birth of his daughter on his Instagram story and that is something he obviously wants to share because the birth of a child brings happiness. Boeser’s situation is a very sad one.

I get why people are upset at Kuzma for asking Boeser that question. Again, a good question but asked at the wrong time.

Dementia affects millions worldwide and I’m sure someone reading this knows someone who is suffering from it. I send nothing but love for Boeser as he is going through another rough patch in his life and he will come back strong. I also with nothing but the best for Duke and the rest of the Boeser family.

I already Tweeted my NHL playoff bracket out and if you didn’t see it yet, here it is.

Of course, not all of these predictions will be right and some will age like milk. After all, who doesn’t love a good upset?

I’ll explain my first round picks in a few sentences.

Colorado over Nashville in 5: I didn’t expect Nashville to make the playoffs. Roman Josi’s 96 (!) points and Jusse Saros’ stellar play have been a massive reason why they are in the last 16. However, the Colorado Avalanche are a powerhouse that includes the likes of Nathan Mackinnon, Miko Rantanen and Cale Makar. They are the Cup favourites. Plus, Saros seems to be out weekly due to an ankle injury. The Predators’ backup goalie is….David Rittich.

Minnesota over St.Louis in 7: This is going to be a very fun series. It will go seven. Both teams can score plenty of goals. I do think Minnesota comes out on top here. They have the experienced Marc Andre-Fleury and Cam Talbot in net. Kirill Kaprizov and Kevin Fiala have been dynamite all season long. St. Louis is getting offence from Vladimir Tarasenko who is looking like his old self again and Jordan Kyrou, Robert Thomas and Pavel Buchnevich have provided scoring. I’m going with the Wild here because I think their defensive core is slightly better and sure the Blues have more forward depth but the Wild seem poised for a deep run.

Calgary over Dallas in 4: The Flames are the kings of the Pacific this year and they face the Dallas Stars. The Stars have been led by ageless wonder Joe Pavelski, the underrated Roope Hintz and Jason Robertson who looks like he had a breakout year. However, the Flames have great balance and depth. Johnny Gaudreau and Matthew Tkachuk have been among the NHL’s elite this season and Tyler Toffoli and Calle Jarnkrok are great additions to the forward core. Rasmus Andersson and Noah Hanifin lead a solid defensive core and Jacob Markstrom has been very good. Dallas lacks secondary scoring and Jake Oettinger isn’t a proven starter yet so Calgary wins this easily.

Los Angeles over Edmonton in 6: If you told me the Kings would make the playoffs back in October, I wouldn’t be too surprised. Los Angeles has some young talent on their roster already mixed with some seasoned veterans. Plus, more is on the way as they have the best prospect pool in the NHL according to the prospect experts. The Oilers of course have Connor McDavid and Leon Draisaitl. They have forward support thanks to guys like Zach Hyman, Ryan Nugent-Hopkins, Evander Kane and Kailer Yamamoto. However, the concerns with Edmonton are goaltending and defence. Due to those, I think LA prevails in this despite, having no Drew Doughty and a bunch of players with no playoff experience. But they do have guys like Anze Kopitar, Philip Danualt and Alex Edler, who have tons of playoff experience.

Florida over Washington in 6: The 2018 Champions against the current President’s trophy winners. Florida has been led by Aleksander Barkov and Jonathan Huberdeau offensively and Sam Reinhart has been a nice addition. Sergei Bobrovsky still isn’t worth his contract but has shown a resurgence. The Capitals will be likely without Alex Ovechkin as he is questionable with a lower-body injury. The Capitals are still a good team but not what they used to be.

Lightning over Maple Leafs in 5: What more is there to be said about the Lightning? They are the two-time defending champions and are as dangerous as ever. The Leafs have talent led by Auston Matthews in his 60 goals but goaltending once again is a concern? Is Jack Campbell the guy to take the Leafs to round 2? I also have a feeling Matthews and Mitch Marner will disappear again. The Leafs losing in the first round has become a tradition in this country.

Carolina over Boston in 6: Led by Sebastian Aho and Andrei Svechnikov, the Hurricanes have a good forward core. Heck, Tony DeAngelo has been a nice addition to their D-core. The Canes could be without Frederik Andersen as he is questionable with a lower-body injury. The Bruins’ goaltending could be their downfall here due to lack of experience. They still have a forward core mixed with youth and experience. The Hurricanes PK has been the best in the league due to their aggressiveness and that could be the difference-maker.

New York over Pittsburgh in 7: Pittsburgh has the experience while the Rangers are a team on the rise. Pittsburgh of course has Sidney Crosby and Evgeni Malkin,( still a point per game player this year despite missing half the season.) while the Rangers are led by Artemi Panarin, Chris Kreider (and his 52 goals) and Igor Shesterkin who’s save percentage of .935 is among the best in a single season in NHL history. I think this will come to goaltending. Tristian Jarry could miss the series due to a lower-body injury. Casey DeSmith is a decent backup but Shesterkin prevails here. This will be a tight series but Shesterkin will be the difference-maker.

Why did I pick the Flames to win the Cup? Again, they have good balance. They have good goaltending and solid forward and defensive cores. I have a feeling Gaudreau and Tkachuk’s regular season success will translate into the playoffs and so will Markstrom’s. Sure Colorado is the favourite but I think Calgary can put up a fight against them. Plus, I would take Markstrom over Kuemper. I have a gut feeling the Flames can go all the way because I really like what they have. Also, it would be bitter-sweet to see Markstrom and Chris Tanev win the Stanley Cup.

Charity FC is at it again

How can Chelsea beat Real Madrid at the Bernabeu (despite losing the tie) but lose to Everton who is in a relegation battle? Chelsea lost 1-0 to Everton on Sunday and Thomas Tuchel was outclassed by his predecessor and Chelsea legend Frank Lampard.

But Chelsea has not been the same since being lit up by Karim Benzema in the Champions League semi-final. The defending was poor, especially on the counterattacks. Cesar Azpilecueta made a poor decision which led to Everton’s only goal scored by Richarlison.

The attack was trying but it wasn’t good enough. Jordan Pickford was lights out. No wonder he is England’s number one goalkeeper. He always seems to do well against Chelsea. It’s been a theme for the last four years, not enough scoring.

Chelsea needs to sell a lot of players this summer which is just as important as buying.

Don’t look now but Arsenal is three points behind Chelsea. Weren’t they relegation candidates in August? Impressive run for them.

Chelsea needs to win these games and stop being a charity. Otherwise, this season could start to become a disaster.

Also, Chelsea haven’t won at Goodison Park since 2017, the last time they won the Premier League. I hate that stadium.

Check back next week for another edition of Avid Thoughts!