Avid Thoughts: Canada soccer controversy, betting shoved down our throats and Oilers are in trouble 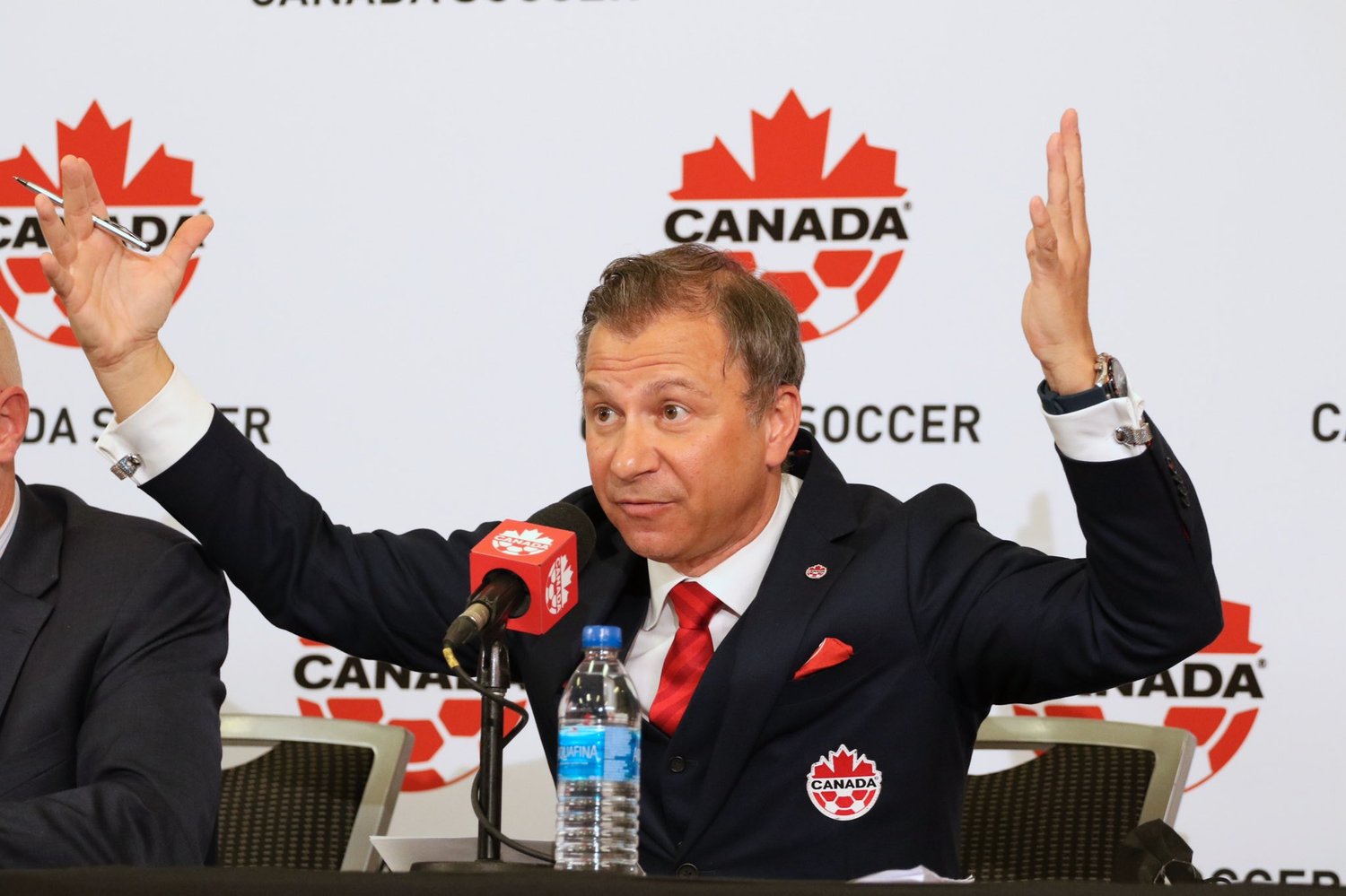 Sports are fun. However, sports always have controversy. That’s what makes things interesting.

We often have to remind ourselves that sports are also businesses and athletes are just ordinary human beings with really cool jobs. There is also a side of sports that is ugly.

That is where will start off in today’s Avid Thoughts.

Had a gut feeling this would happen.

Just a few hours before Canada was supposed to take on Panama at BC Place, Rick Westhead of TSN reported that the game was cancelled. This was because of player compensation issues.

Westhead reported on Saturday that the team refused to train on Friday.  The players have had disputes with the Canadian Soccer Federation for months. A contract was offered in April according to Westhead.

Canada will receive ten million dollars from FIFA for the World Cup. However, the players want about 40% of the prize money divided among them.

Westhead also reported that the players were not happy with the CSA’s plans for family support during the World Cup. Westhead’s sources said they will receive two free tickets for each of Canada’s World Cup games, and that families and close friends will be responsible for paying their own way to Qatar and for their accommodations.

During past World Cup tournaments, some European countries have provided each player with as many as eight tickets per game, covering the cost of hotels, and flights for their families also said Westhead’s sources.

The Canadian men put out a “Dear Canada” letter today and it included their list of demands.

Does seem like fair demands right? Yet, Canada Soccer won’t budge. Also big respect to the men for wanting equal pay for the women’s team and a women’s soccer league in Canada.

The players also said they didn’t like the 2018 agreement with the Canadian Soccer business which included a ten-year broadcasting and partnership agreement with both men’s and women’s teams.

“Why have Canada Soccer given up autonomy of the greatest opportunity to grow our program in years?” said the players in their open letter. “We want to work together with our organization, but the relationship has been strained for years. And now, Canada Soccer has disrespected our team and jeopardized our efforts to raise the standards and effectively advance the game in Canada.”

They also revealed the contract talks started in March and Canada Soccer did not make an offer until June 2nd while CSA President Nick Bontis and General Secretary Earl Cochrane did not make themselves available until June 4 at 4:00 p.m.

So first they schedule a game against Iran, which was a red flag in the first place, cancel that, arrange the game to be played with Panama and now it’s cancelled.

It is a golden age of Canadian soccer for both the men and women. But it is being marred by the incompetence and greediness of the CSA.

Pay the players. Provide their families with hotel accommodation and plane tickets to Qatar for the World Cup. This is one step forward, two steps back. What a disgrace.

You also have to feel for Panama who came all the way out to Vancouver for nothing.

This is a black eye for soccer in this country. Instead of growing the game, the CSA is too lazy and too greedy.

Greed is ruining soccer. We’ve seen it in Europe but it is in Canada too.

In a press conference on Sunday afternoon, Bontis said the proposal is untenable and then says they will not negotiate in front of the media.

The CSA needs to be overhauled starting with its leaders because that press conference was hard to watch. There also needs to be a union for Canadian soccer players.

The game at BC Place was supposed to be a celebration of Canada going to their first World Cup in 36 years. Instead of a celebration, many fans got to see how incompetent the CSA is.

Sportsnet and its new love for gambling

I don’t do sports betting that much. I actually did on some Stanley Cup Playoff games a few weeks ago. No, I didn’t win anything.

I get the appeal of betting on sports. It adds to the excitement and you get the chance to win some extra cash. Plus, a lot of us here at the Area 51 Sports Network love it and we are even sponsored by Bett99 Sportsbook. We even have our awesome UFO Show where Adam Kierszenblat and Andy Per talk sports betting with guests.

However, Sportsnet took advantage of people’s love for betting and the fact that single-game sports is legal in Canada too far.

Almost every commercial during hockey, basketball or Blue Jays games is a sports betting one. It’s usually the same formula too. There is some celebrity or ex-athlete that promotes some betting website or ad. The worst one is the Bet365 ad that features Aaron Paul who is best known for playing Jesse Pinkman in Breaking Bad. (AKA the best TV show ever.) He just sounds awkward in it and plus, I have heard he isn’t that big of a sports fan. He only watches the Super Bowl.

What is even more annoying is Sportsnet’s betting segment with Cabral “Cabbie” Richards and Andy Macneil.

Now, I love Cabbie. He is one of my heroes. As a kid, watching Cabbie Presents on TSN was a tradition. I always loved his energetic and happy personality as he did fun interviews with athletes. A few years ago Cabbie left TSN to go to Vegas to host a betting show for Bleacher Report. It looks like Cabbie really got into betting and his time in Vegas made him love it even more.

Back to the betting segment. It is so bad. It lasts only for like 30 seconds and Cabbie and Andy just tell you the odds. They don’t tell you who they pick, which bets to place or avoid doing. If I wanted to know the odds, I would just look them up online or on a betting app! If people want a betting segment, they might as well watch the UFO Show.

Sportsnet is shoving betting up our butts so much you can feel it in your stomach. Not everyone likes to gamble. Plus, gambling can ruin a person.

I don’t near to hear about sports betting apps or websites every 30 seconds. Nor do I need to watch Cabbie and Andy awkwardly talk about odds. This isn’t Kakegurui. Not everyone wants to flex their gambling muscles.

I really hate how much Sportsnet forces betting on us. I bet that you probably do too.

Are the Oilers finished? I think so

The Edmonton Oilers are down 3-0 in their series against the Colorado Avalanche. They lost game 3 4-2.

Connor McDavid and Leon Draisaitl are two amazing players but they can only do so much. It’s not their fault that the Oilers’ defence is a tire fire and Mike Smith lets in weird goals almost every game.

Evander Kane got suspended one game for a dangerous hit on Nazem Kadri. So basically the rest of the season.

The Oilers cannot keep up with the skill and depth the Avalanche had. Colorado has looked dangerous in the offensive zone and on the rush.

Ken Holland and Oilers management really thought a 41-year-old Mike Smith, a 38-year-old Duncan Keith, Cody Ceci, Tyson Barrie and the controversial guy that is Kane were a good supporting cast for two world-class players. Props to McDavid and Draisaitl for taking the Oilers this far though.

Pavel Francouz is a good story in goal. Nathan Mackinnon and Cale Makar’s speed has been tough for the Oilers’ defence to handle and the Avs have been getting goals from the likes of JT Compher and Valeri Nichiuskin.

I think the Oilers get swept on Monday night.

The New York Rangers are up 2-1 in the series against the Tampa Bay Lightning.

Igor Shesterkin continued to show why he has become one of the best goalies in the league. Mika Zibanejad and Chris Kreider displayed their elite scoring touch and the “Kid Line” of Filip Chytil, Kaapo Kakko and Alexis Lafreniere have led the way.

The Rangers managed to get good zone time in the games at MSG. Turnovers were also killing the Lightning.

In game 3, the Lightning came back from 2-0 down and Ondrej Palat scored with 40 seconds left. The Rangers got Shesterkin, Artemi Panarin and the kids but the Lightning have Andrei Vasilevsky, Steven Stamkos, Victor Hedman, and Nikita Kucherov among others.

Even when they face adversity they always find ways to win. That’s what elite teams do.

The Lightning are the two-time defending champs after all. Don’t count them out until they are out.

That concludes Avid Thoughts for this week. Check back next week for another edition!