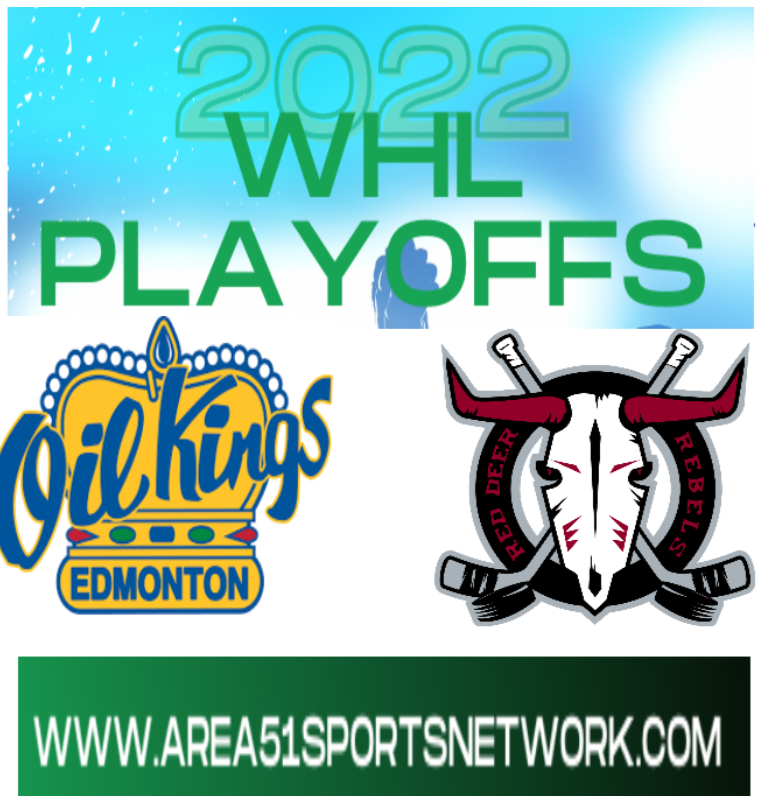 The Red Deer Rebels are coming off a six game series win over the Brandon Wheat Kings in Sunday. Jayden Grubbe scored the OT winner in triple overtime to push them into the second round. Meanwhile, the Edmonton Oil Kings swept the Lethbridge Hurricanes 4-0.

This should be an interesting matchup between two heated rivalries. It’s the first time since 2011 that they have met in the playoffs. Let’s have a look at the position comparison:

A tale of two goaltenders on somewhat different paths. Sebastian Cossa was a second round pick of the Oil Kings in 2017. He was also a first round pick, 15th overall, by the Detroit Red Wings. Lastly, he was on the U18 Canadian Junior Team in Edmonton. He was 33-9-2 with a 2.28 GAA with six shutouts. Other than Game 4 against Lethbridge, Cossa was pretty much lights out. In games one, two, and three, Cossa allowed just two goals.

Meanwhile, Coward was not drafted into the WHL. He has yet to be drafted into theNHL. But he was rock solid this season. Coward was 22-10 with a 2.51 GAA with two shutouts. He was especially rock solid during the playoffs against the Wheat Kings. The stats will tell you that he was that he was 4-1-1 with a 1.45 GAA. But going beyond that, Coward made a huge save in the second period of game one that allowed them to win. And of course, let’s not forget the 46 save performance of triple overtime.

It may be fair to give the edge to the Oil Kings. But don’t count out Coward’s performance in this series.

The Oil Kings have a very strong top four in Kaiden Guhle, Luke Prokop, Simon Kubicek and Logan Dowhaniuk. Oil Kings GM Kirt Hill acquired Prokop and Guhle in trades this season. That has been a strong pair for the Oil Kings.

The top scoring defenceman in this series is not on the Oil Kings. Christopher Sedoff led the way on the blue line with 61 points (7G, 54A). The next highest scoring defenceman on the Rebels is Jackson van de Leest had 21 points (3G, 18A). Although the Rebels did not get a lot offence from their defence during the regular season, they were able to get it in their series with the Wheat Kings. van de Leest and Hunter Mayo had three assists. Blake Gustafson had a goal and an assist.

That being said, the Oil Kings have a lot of depth and quality that the edge would be given to the Oil Kings.

There is a lot of firepower in this series. Starting with the Rebels dynamic duo of Arshdeep Bains and Ben King. They were the top two scorers in the WHL during the regular season. Bains had 112 points ( 43G, 69A). King had 105 (52G,53A). They also had Liam Keeler with 25 goals, and Kalan Lind with 20 goals. Grubbe chipped in with four points. Lind had four assists in the playoffs. Jace Isley and Kai Uchacz had two goals in the last series. So, while the Rebels got their stars involved, the depth scoring came through as well.

Meanwhile, on the Oil Kings, there is a lot of firepower. You start, of course with Dylan Guenther and Jake Neighbours. But then there is Josh Williams and Justin Sourdif. Oh, and then Carter Souch, Jalen Luypen, and Jakub Demek. All but Neighbours forward had over 20 goals. Neighbours had 17. That offensive depth continued during the series against the Hurricanes. Guenther led the way with 4 goals and Souch had three. Luypen had two goals. The scorers in this series will score. The difference will be the so called secondary scorers. The ones that has more of them will likely win this series. Give the edge to the Oil Kings on this but don’t count out the Rebels.

The obvious pick here s the Oil Kings. They have been a consistent top ranked team in the CHL. They had the second best team in the WHL. They have the high ranked prospects in Gunether, Cossa, and Guhle. But the Red Deer Rebels have not been about the high end superstars. They play a hard fought team game. Like the Oil Kings, the Rebels are well structured. This will be a close, hard fought series. The Rebels are going to make this a long series. But the Oil Kings depth should allow them to take the series.