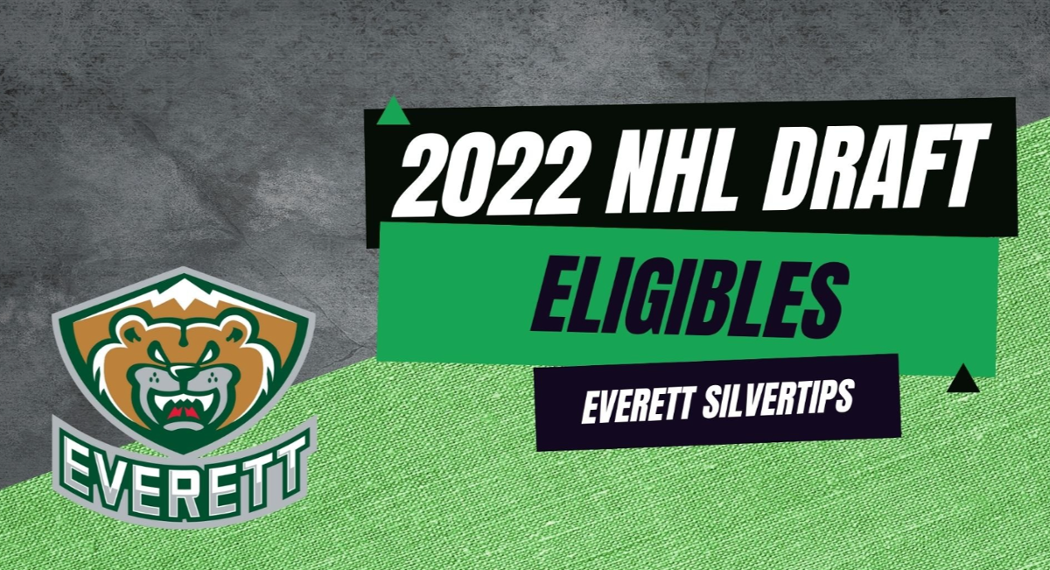 The 2022 NHL Draft is set to begin on Thursday, July 7th, 2022. Though there is plenty of time until then—almost 2 months—there are plenty of Silvertips players who shaped up to be points of interest for NHL teams. Here’s a shortlist of five Silvertips players to keep an eye on:

It’s always fun when you see players jump in the prospects rankings all of a sudden, and Ben Hemmerling was without a doubt one of them. While he certainly bust down the doors at the beginning of the season with a four-point performance on October 15th, he continued to improve his game through the rest of the season. Between his “smooth mitts” and speed on the ice, Hemmerling would be an excellent add for a team looking for someone with tenacity who can generate scoring chances on the fly.

Though originally rostered as a winger, Austin Roest had no problem slotting into the role of center when necessary during his second WHL season. To be honest, he proved to be better off for it, as it added another dimension to his game. Throw in his quick feet and strong forechecking capabilities, the forward is proving to be a versatile player who is poised for even more success.

If there’s one Silvertip you shouldn’t be surprised to see on this list, let it be Braden Holt. On top of being Everett’s go-to for the 2021-22 season, he quickly became one of the Western Hockey League’s winningest goaltenders. Clutch saves and hot streaks were basically his MO—perhaps that’s what landed him listed for the top North American Goaltenders for NHL Central Scouting after being listed in their prelims at the start of the season. Everett has been solid in terms of the goalies they turn out to the pros, and Braden Holt is no exception.

(And you know what? A goalie with good dance moves is never a bad thing.)

In his final year of draft eligibility, Ryan Hofer is having quite the breakout season. It seemed like every time I heard his name, he was doing something cool with his game. He’s been an asset all over the ice, creating scoring chances for others while scoring plenty of goals himself. In Everett’s brief postseason appearance, Hofer was on the scoresheet in five out of six games, with all of said games being multi-point performances. Needless to say, any team that comes away with the 20-year-old following the draft would be lucky to have him.

Another player in his final year of draft eligibility, Jacob Wright was picking up right where he left off last season (and then some). A reliable player who took on heavy minutes on a consistent basis, the centerman placed emphasis on tenacity with no hesitancy to play a 200-foot game. Wright’s postseason was reasonably busy as well, as he put up a handful of multi-point outings that bolstered the versatility of his game. After such a season, the centerman is one guy you shouldn’t count out when it comes to hearing his name called.

While there are no guarantees that all of these players will hear their names called on draft day, they’re worth taking note of, especially as they continue developing in the WHL and beyond.