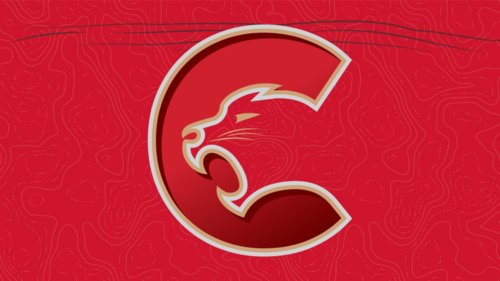 National Hockey League Central Scouting released their midterm rankings on Wednesday, ahead of the 2022 NHL Draft. An impressive five Cougars were named, including the goaltending tandem of Tyler Brennan and Ty Young and a trio of defensemen including Viliam Kmec, Keaton Dowhaniuk and Hudson Thornton.

Third-year Cougars netminder Tyler Brennan is the top-ranked North American goaltender in the midterm report card.  The 18-year old is in his third season with the Cougars, and recently became the starter following the trade of long-time number one goalie Taylor Gauthier to the Portland Winterhawks in December.

Brennan was listed as a ‘B’ prospect in NHL Central Scouting’s November rankings. He has previously represented Canada at the 2020 Under-17 Hockey Challenge, and won a gold medal at the 2021 Under-18 Hockey Championship. The Cougars selected Brennan in the first round, 21st overall in the 2018 WHL Draft.

Ty Young is listed 21st among North American goaltenders. The 17-year old from Coaldale, AB became the primary backup to Brennan after the trade of Gauthier to Portland. In five appearances this season, Young is 1-1-1 with a 4.06 GAA and .868 save percentage.  He also started three games last season, posting a 3.32 GAA and an .872 save percentage.

Young began this season in the Alberta Junior Hockey League as the starting goalie for the Calgary Canucks, working to a 3.38 GAA and a .918 save percentage in 17 games, recording one shutout.

In the Cougars’ four games since the tandem of Brennan and Young took over, the team is 0-2-1-1 while giving up 21 goals. It is worth noting that those games were all against the top two teams in the Western Conference; two each against the Everett Silvertips and Kamloops Blazers, and were played in a span of five days.

Given a little more time to settle in to their new roles, Brennan and Young should be able to stabilize the crease at the CN Centre.

The Cougars have prioritized having a strong blue line, and it shows with three of their defensemen listed on Central Scouting’s midterm rankings, who have all made an impact already this season.

Rookie defenseman Viliam Kmec is a native of Kosice, Slovakia, but is considered North American for the purposes of the draft. He ranks 92nd in the midterm report having just turned 18-years old in January.

Standing 6’3’’, 200 lbs, Kmec is a physical presence on the back end, and has been able to contribute offensively with a pair of goals and 13 points in 27 games so far during his rookie season in the WHL.

Kmec has represented Slovakia internationally at the U16 and U18 levels, and participated in the 2022 World Junior Championship in Edmonton and Red Deer, AB.

The Cougars selected Kmec in the second round of the 2021 Canadian Hockey League Import Draft. He was rated a ‘C’ prospect in the November rankings.

Another ‘C’ rated prospect in November, Dowhaniuk is ranked 136th among North American skaters. The native of Sherwood Park, AB will turn 18 in February, and has 60 WHL games to his credit over the past three seasons.

Standing 6’, 160 lbs, Dowhaniuk is a mobile defender whose game has grown early in the season and over the past two years.  He registered three goals and eight points in 22 games last season, and this season has four points in his last five contests to equal his career high of eight points.

The product of Star City, SK was featured in this video on the WHL website in 2021.

The third and final member of the Cougars defense to receive a midterm ranking is Hudson Thornton at no. 211.

Standing 5’11’’, 180 lbs, Thornton is a responsible defender having posted a plus-4 rating so far this season, which is best on the team. The product of Winnipeg, MB and the Rink Hockey Academy has also worn an ‘A’ on his sweater as an alternate captain this season.

The 18-year old Thornton retained his rookie status in the WHL after skating in six games during the abbreviated 2020-21 season. He has made a major impact during the first half, scoring seven goals with 20 points in 32 games, putting him second in WHL rookie scoring.

This recognition of the young talent in Prince George is an encouraging sign, but only represents part of the nucleus that the club hopes will lift the team up the Western Conference standings as soon as next season. The Cougars’ roster currently features a remarkable seven forwards born in 2004 or 2005, plus four defensemen in the same age range.

High hopes are pinned on exciting young forwards Riley Heidt (2005-born) and Koehn Ziemmer (2004-born) going forward. Both can play centre and are impacting the score sheet already this season.

Heidt was the second overall pick in the 2020 WHL draft, and is third on the team with nine goals and 22 points in 29 games so far this season. Last season, he played 22 games as a 15-year old, notching a pair of goals with eight points. Heidt could very well develop into the Cougars’ number one offensive weapon by the end of the campaign, and is eligible for the 2023 NHL Draft.

Ziemmer has produced at virtually the same rate this season, with 10 goals and 24 points in his first 32 games. He sniped nine goals with 12 points in 22 games last season as a 16-year old. The native of Mayerthorpe, AB was also a high pick in the WHL Draft, going fourth overall in 2019.

On defense, Bauer Dumanski (2005-born) will be one to watch as he develops further. The Cougars’ second round selection in 2020 has two goals and five points in 22 games as a rookie this season.

After Dumanski’s selection in the WHL Draft, Cougars’ Director of Scouting Bob Simmonds said the young blue liner has a high ceiling because, “he Is a well-rounded defenseman already for his age. He’s a strong skater, who can drive offence from the back end. His puck moving skills are what you need in today’s game.”

The prospects are quite literally looking up for the Prince George Cougars. With five players receiving attention for the next NHL Draft, and another wave of talent already coming right behind them, fans could be witnessing the beginnings of a highly competitive era of Cougars action at the CN Centre.

A total of 53 WHL players were listed on the midterm rankings for the 2022 NHL Draft, which is scheduled for July 7-8 in Montreal, Que.

Only the Swift Current Broncos boast more listed players than the Cougars, with six. The Winnipeg ICE dynamic duo of Matthew Savoie and Conor Geekie are the top-ranked WHL players at no. three and four among North American skaters.