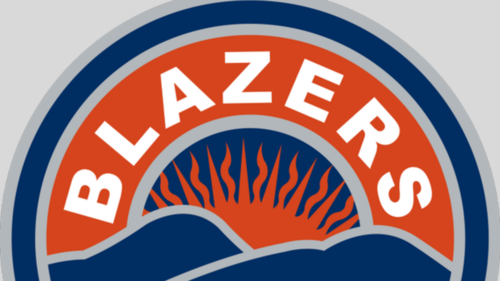 With the Western Hockey League trade deadline looming on Monday, January 17, the Kamloops Blazers have taken care of some work early, boosting their forward depth in a pair of separate deals.

On Saturday of last week, the Blazers sent a 2022 seventh-round draft pick to the Edmonton Oil Kings in exchange for forward Kobe Verbicky.

Verbicky is an 18-year old forward who has played parts of two seasons with Edmonton and also played one campaign in the B.C. Hockey League with the Cowichan Valley Capitals. The native of Victoria, B.C., tallied two goals and four points in 24 games for the Oil Kings this season prior to the trade.

“We are excited to have had the opportunity to acquire Kobe,” said Blazers general manager and head coach Shaun Clouston. “Kobe is a great skater, and we believe he will add depth to our strong group of 2003-born players.”

The 5’10’’, 160 lb winger becomes the fifth 2003-born forward for the Blazers. He was a second-round pick of Edmonton in 2018 and was a teammate of Blazers sniper Logan Stankoven at Yale Academy in Abbotsford, B.C. He made his WHL debut back in 2018-19, skating in a pair of games with the Oil Kings as a 15-year old. He suited up in 14 games in the BCHL the following season and did not play during the COVID-hampered 2020-21 season.

Two days later, the Blazers continued to upgrade their forward depth two days later, acquiring Ethan Rowland from the Red Deer Rebels for a conditional fifth-round pick in 2024. Per the team press release, the draft pick headed to Red Deer could be upgraded to a fourth-rounder if Rowland reaches an unspecified number of games played for Kamloops.

“Ethan is a hardworking forward who plays the game at a high pace,” said Shaun Clouston. “We look forward to Ethan providing depth and experience to our line-up down the stretch to the playoffs.”

An injury limited Rowland to just ten games played this season for Red Deer prior to the trade, and will keep him out of action for the Blazers until February. He netted three goals with four points for the Rebels in those ten games.

The native of Calgary, AB is a former first-round pick of Red Deer in 2017 and made his WHL debut in 2017-18. Rowland put up career-highs with six goals and nine points in just 23 games during the abbreviated 2020-21 season.

Added depth in the forward ranks is certainly a welcome boost for the Blazers who, like most WHL teams, will be playing virtually every other night for the balance of the season pending any further COVID-related interruptions to the schedule.

Kamloops currently sits in second place in the Western Conference, seven points back of the Everett Silvertips, and five points clear of the Kelowna Rockets for top spot in the B.C. Division. However, they are just 4-7-1 in their last 12 games after a blistering 17-2-0 start.

Part of the Blazers difficulties over the last dozen games has been an inconsistent offensive attack. They are still averaging more than three goals per games in this stretch, but have been held to two or fewer goals six times in the last 12 contests.  These deals are unlikely to add much scoring punch, but introduce two more capable players to boost depth, which has become ultra-important for every team this season due to COVID-19.

The Blazers next action comes this weekend when they will be challenged with three road games in three nights against US Division opponents. The final game of the weekend might be the toughest as the Blazers visit the Portland Winterhawks, who are currently fourth place in the Western Conference. They could also face a familiar foe in goaltender Taylor Gauthier who was recently acquired by Portland from the Prince George Cougars.

Kamloops has not played since January 1st, after their home games on January 7-8 were postponed as part of a wave of WHL games affected by either COVID-19 or weather in the Pacific Northwest.

This year’s trade deadline will be unique to any other the WHL has seen, due to the unknown future impact of COVID-19 on the remainder of the regular season, playoffs and the Memorial Cup. Multiple sources have hinted that top contenders may be hesitant or unwilling to invest in blockbuster trades to add talent like they would in most years, due to the lack of certainty that the season will reach a successful finish line.

Add in the evaluations that Shaun Clouston and his staff will need to make on the true potential and needs of this Blazers squad, and the approach the club chooses to take will be extremely intriguing.