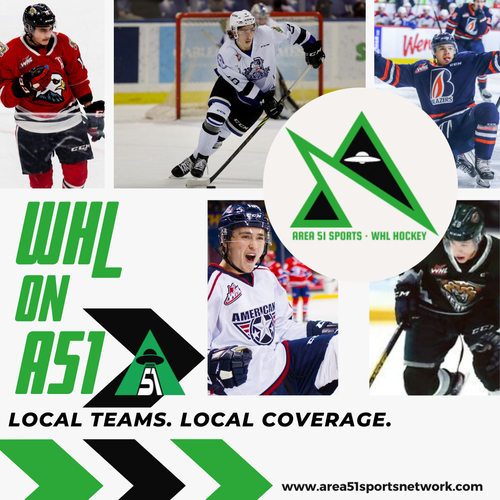 Last week, Jonathan Hodgson took a quick look at the Kamloops Blazers, Prince George Cougars, and Victoria Royals in BC Division Look In: Part One.

Today, we will look at the Kelowna Rockets and the Vancouver Giants.

The Kelowna Rockets have a huge weekend. A home and home series with the Kamloops Blazers. Friday and Saturday, followed by a Sunday tilt in Seattle. The Blazers are ten points ahead of the Rockets in the BC Division. The Rockets have five games in hand on the Blazers. This weekend may tell us a lot about the Rockets.

They are a team that is starting to make waves as one you don’t want to face in the playoffs. If the playoffs started today, they would face the Thunderbirds in what would undoubtedly be a great matchup.

What are the keys to the Rockets?

Leading scorer Pavel Novak is an excellent place to start with his 54 points in 42 games. He will hit game 100 of his WHL career if he plays all three games. Jake Lee is another cornerstone piece. Lee is second in the WHL in goals by a defenceman with 14 and is approaching Rocket history. He’s closing in on Madison Bowey’s goals team record of 21. General Manager Bruce Hamilton made three significant trades this year that have made all the difference this year.

On September 28, The Rockets acquired Colton Dach from the Saskatoon Blades for Trevor Wong. The Chicago Blackhawks prospect has 41 points in 38 games. He has a presence on this lineup. Dach had a two-game suspension last week, and he was missed. Dach slots the lines better and works well with Novak.

On November 7, the Rockets acquired 6’7 goaltender Talyn Boyko from the Tri-City Americans for Cole Tisdale and a 2024 third-round pick. Boyko, who started the season 1-6-1 with a 4.49 GAA and .887 sv%, is currently 19-6–1 with a 2.62 GAA and a .918 save percentage with the Rockets. On November 11, Boyko made his debut for the Rockets against Blazers goaltender Dylan Garand. The Rockets took the game 3-2, and Boyko never looked back.

Finally, on January 5, the Rockets acquired Adam Kydd and a fifth-round pick in the 2023 Draft from the Calgary Hitmen for Steel Quiring. Hamilton said Kydd “ brings a veteran presence and will play in all situations.” The 2002 born Kydd has done just that. In 30 games, he had 19 points (4G,15A) for the Hitmen. In 16 games with the Rockets, Kydd has 14 points (6G, 8A). And the Rockets are 13-3 since his acquisition. He’s played up and down the lineup

Those three trades have helped the Rockets improve and be competitive in a tough Western Conference. As mentioned, this weekend will tell us if they are approaching contender status or not.

This season has to be considered a disappointment for the Giants. There were some expectations coming into this season. While the Blazers were considered the favorites to win the BC Division, most had the Giants in second place. In the offseason, they brought in Fabian Lysell, Payton Mount, and Ty Thorpe, yet the Giants are 19-25-2 for 40 points. That puts them in seventh place in the Western Conference. Another surprise is their record against the Victoria Royals. They are 2-8 against the team most predicted to be the fifth-place team.

With three first-round picks in the 2022 draft, the Giants appear to be heading into rebuild mode.

The Giants will have a chance for a measure of redemption with a home and home series against the Victoria Royals on Friday in Vancouver and Saturday in Victoria.