Tri-City Americans Select 13 in US and Prospects Drafts 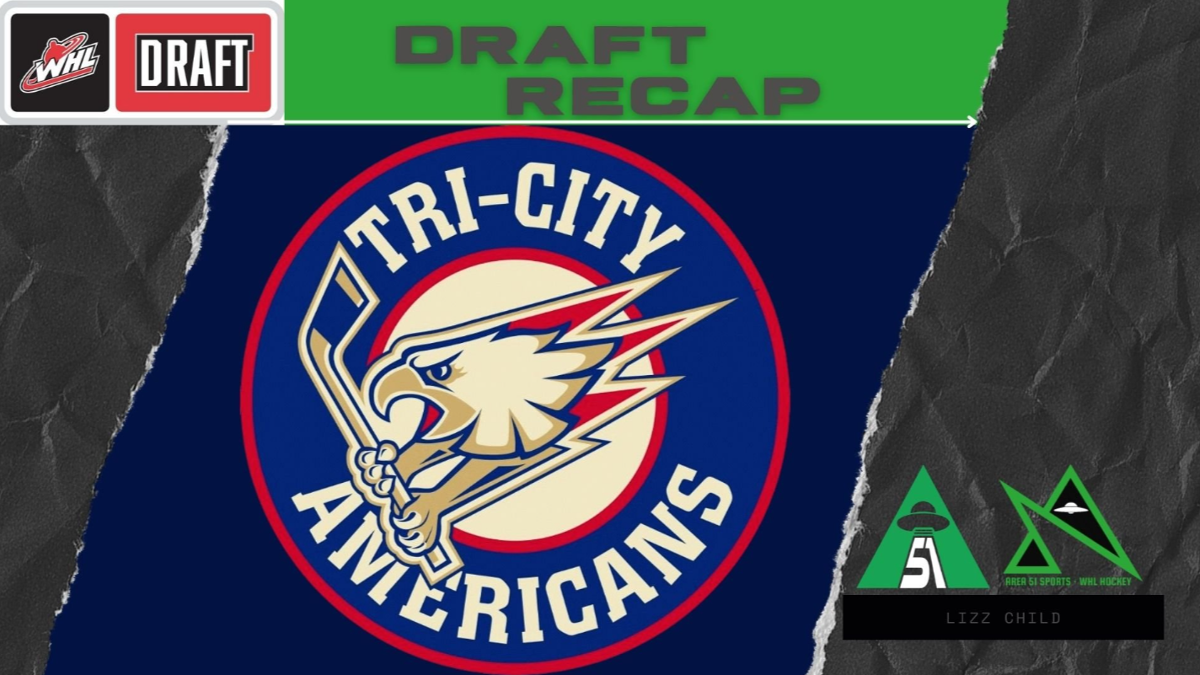 Last week, the Western Hockey League conducted its two drafts. The US Priority Draft took place on Wednesday and the Prospects Draft happened Thursday. Between the two, the Americans brought in 13 new prospects to the organization. In total, the Americans added four defensemen, seven forwards, and two goaltenders. Here’s how they look by the numbers.

In the 2022 US Priority Draft, the Americans selected forward Brady Turner and defenseman Vincent Rodriguez.

Brady Turner was selected from the Phoenix Jr. Coyotes 14U program where the 5-foot-9, 150-pound skater posted two goals and eight assists in eight games.

Just as they did in the 2021 US Priority Draft, the Americans selected a local player, this time selecting Tri-Cities Jr. Americans 14U AAA defenseman Vincent Rodriguez. Rodriguez is listed at 5-foot-9 and 165-pounds.

The Tri-City Americans had the second-overall pick in the 2022 WHL Prospects draft and used the opportunity to select 6-foot-2 defenseman Jackson Smith. Of course, it did not take long for the Americans to ink Smith to his WHL Standard Player Agreement. Smith 29 games of his season playing for the Edge School U15 Prep team, collecting 15 goals and 23 assists along the way. He also saw seven games with the Edge School U16 Prep team where he added two more goals and another assist as a 14-year-old defenseman. (Smith turned 15 just six days before the Prospects Draft.)

In the fifth round, the Americans added Jaxen Adam from the Airdrie Xtreme U15 AAA program. In 35 games in the 2021-22 season, Adam notched five goals and eight assists. Listed at 6-foot-1 and 174-pounds, the Americans are shaping up to soon be a daunting team to face in a size matchup.

The final defenseman selected by Tri-City was Kainoah Brankovic from the Yale Hockey Academy U15 Prep team. Brankovic is listed at 6-foot tall and 177-pounds, and through 30 games with his YHA team, he registered three goals and 17 assists.

With their second selection in the WHL Prospects Draft, the Ams selected Cash Koch, Smith’s teammate from both the Edge School U15 and U16 Prep teams. The 5-foot-10, 147-pound Koch picked up 20 goals and 24 assists in 29 games with the U15 roster while adding another three assists with the U16 team.

The fourth round saw the Americans go with Leo Seitz of the Saskatoon Stallions U15 AAA team. Listed at 5-foot-9 and 136-pounds, Seitz saw 31 games and tallied 32 goals and 49 assists while then joining the Saskatoon Blazers U18 AAA team for three games, contributing one goal.

Round eight saw Clayton Gillmore of the Okanagan Rockets U15 AAA program see his name come up. The 6-foot-2, 208-pound forward claimed 21 goals and 18 assists through 30 games this season.

The final forward selection for the Ams was 5-foot-8, 138-pound Sean Shiels. In 31 games with the Saskatoon Generals U15 AAA team, Shiels contributed 23 goals and 35 assists.

The first goaltender the Ams selected came in the fourth round as Norther Alberta Xtreme U15 Prep netminder Ryan Grout became a Tri-City prospect. Listed at 5-foot-10 and 157-pounds, Grout finished the season with 17 games played and a 1.53 GAA to go along with a .938 SV%. Grout also appeared in three games for Team Alberta Grey at the YouthCups tournament and posted a 1.63 GAA and a .945 SV%.