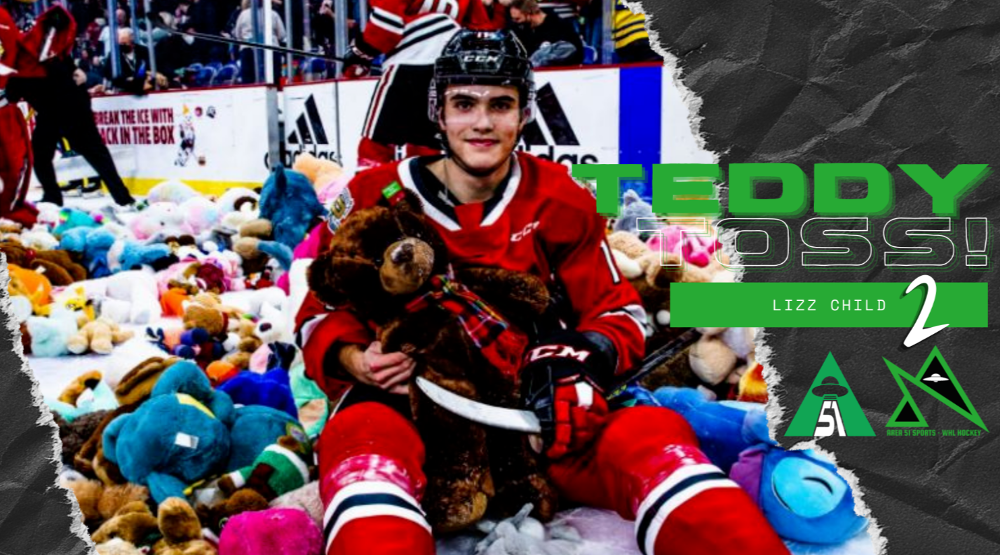 I think one thing that people don’t always realize is how many people discover the world of hockey because of nights like these.

If you weren’t aware, the Blazers do Teddy Bear Toss just a little bit differently than other teams. They collect clothing items as well as the stuffed animals when that first goal is scored for the home team.

﻿Despite the Blazers falling 6-1 to the Seattle Thunderbirds Josh Pillar established himself as the team’s 2021 Teddy Bear Toss hero! Pillar set off the deluge of 1820 stuffed animals as well as 266 items of clothing with his goal early in the second period.

While the Blazers were short two players due to the start of World Juniors camps, the team found that all-important goal from Pillar and that’s really all you can want as a fan of Teddy Bear Toss games. Kind of.

In another case of a successful toss but a lost game, the Vancouver Giants fell to the Victoria Royals but it was a game that kept fans on their toes. With a late goal in the third period from the stick of Gannon Laroque, the Royals walked away victorious while the Giants still celebrated a successful toss, set in motion by the first of Fabian Lysell’s two goals that night. Fueled by a crowd of 4,411, the bears rained down and Giants fans were able to still celebrate one of the best nights in hockey! Is it really a loss when you get to see thousands of bears fly onto the ice?

Personally attending the Winterhawks Teddy Bear toss last Saturday, I don’t think I can accurately describe to you how much energy was in the Veterans Memorial Coliseum. No matter how many times you think it was going to settle and feel like a regular game, it never did.

From the time the puck dropped, the energy in the arena was buzzing. Even if you didn’t know it was Teddy Bear Toss and you didn’t see a single bear, you still would have known it was going to be a big night. The anticipation from all of the fans in the arena just spread and grew until that moment when Robbie Fromm-Delorme solidified his place in history as he scored the goal that triggered the release of 7,531 bears raining from every corner of the building. It was some beautiful timing as his goal came 7:17 into the game. Fans were able to feel the excitement build as the minutes ticked by while also being able to enjoy a majority of the game. While we had a few bears who preferred to just watch the game from the best seats in the house, the crowd in Portland absolutely showed up for this best night in hockey. To top it off, fans were treated to a 7-3 Winterhawks win over the Spokane Chiefs as goaltender Dante Giannuzzi helped secure a second win in as many nights, en route to his third straight victory.

Just as the Blazers do, the Cougars collect items of clothing along with stuffed animals during their Teddy Bear Toss. Just over four minutes into the first period, Ethan Samson claimed the title of Prince George Cougars 2021 Teddy Bear Toss hero. To add to that, Cougars fans had a second reason to celebrate as Prince George defeated the Kamloops Blazers 3-2 to claim a bit of an upset win as a cherry on top of a successful toss game.