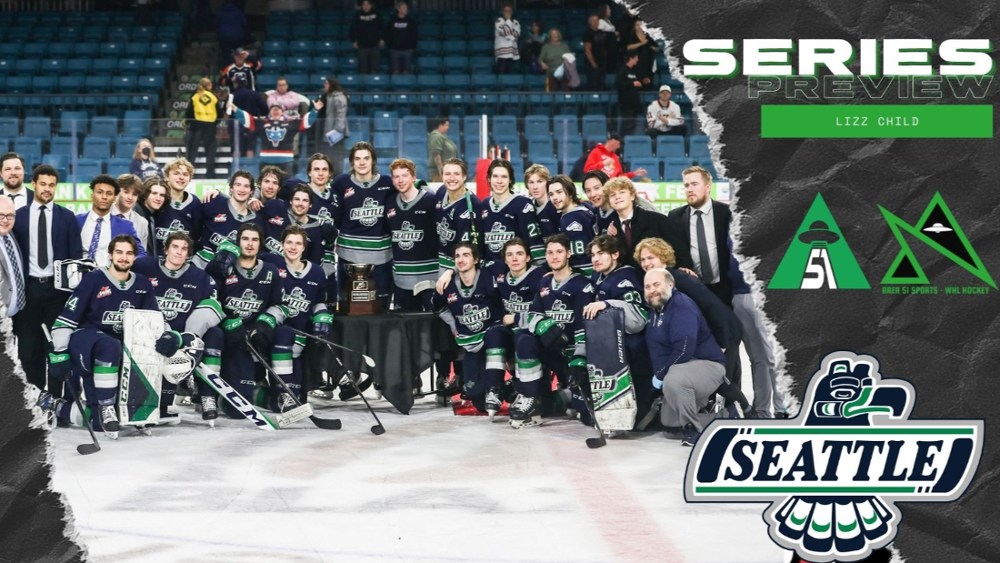 The 2022 WHL Championship Series is finally upon us. For the first time in three years, we will see the crowing of a new WHL Champion and send them off to the Memorial Cup. The Seattle Thunderbirds are confident that they can come out victorious in this final series with the Edmonton Oil Kings and be the team that will represent the WHL in Saint John.

Edmonton has breezed through their playoff opponents with a record of 12-1 through their first three series. Completing sweeps in their first two rounds against the Lethbridge Hurricanes and the Red Deer Rebels. They conceded one game to the Winnipeg ICE, who led the league in wins all season, finishing seven points ahead of the Oil Kings in the standings.

The Seattle team has had the exact opposite path to the final. Their first series in the playoffs, against the Kelowna Rockets, went well for them as they won the series 4 games to 1. However, the last two rounds have both seen the Thunderbirds take opponents to seven games. The Birds have no quit in them and have willed their way to this championship series. However, they most definitely have the talent to take on any opponent. Even the Edmonton Oil Kings.

Following a team skate on Thursday morning, Seattle Thunderbirds defenseman Kevin Korchinski was as confident as ever in his team as they head into the series against the powerhouse Oil Kings.

“I’m just excited that we’re already locked in and ready to go. We’re ready for the moment. But it’s obviously really exciting. A lot of us haven’t been at this kind of stage and yeah, we’re just really excited. We’re gonna cherish the moment and it’s gonna be a great series.”

What has gotten them to this moment, is an incredible run, that includes two seven-game series against strong opponents, where the Thunderbirds were down 3-1 and 3-2 in their series. They’ve faced five elimination games in these playoffs, and they’ve won all five. Thunderbirds forward and Pittsburgh Penguins prospect Lukas Svejkovsky talked about how much work it’s been and how the team has pulled it off.

“It’s that much harder doing that on the road as well, winning back-to-back games sevens on the road. It’s tough, and not a lot of teams can do that, but our group, we just pulled together and pushed through.”

Given they’ve seen 19 games in the first three rounds of the playoffs, how are the legs holding up for the Seattle skaters? Korchinski says there’s nothing to worry about.

“I think the legs are good. Honestly, I guess going seven really almost helped us because it didn’t give us that big break. We’re athletes, we take care of our bodies. We trained so that our legs don’t get fatigued.”

Svejkovsky echoed Korchinski’s claim that the legs are good throughout the team, noting that even with the long bus ride, they were back on the ice and ready to go Thursday.

“Legs are good. We bussed all day [Wednesday] from Kamloops to Edmonton. Got a bit of a skate in today, and all the boys are just super excited to be here. We can’t wait to get started.”

…and it is everybody. Korchinski noted that the entire team has been contributing to every win, there isn’t one guy who has had to carry the team throughout the series. Everybody wants to win.

“Yeah, it’s obviously been nice, but just credit to our whole team and all our players. Everybody’s playing a role, everybody is stepping up. With that comes individual success, but obviously, our aspiration right now is the championship. Everybody’s gonna do what they have to do to win it.”

Heading into the series against the Oil Kings, Korchinski says the key to winning is just for the Thunderbirds to play their game.

The Seattle Thunderbirds have been coming out with strong starts in every game they’ve played in this postseason, what’s been that driving force for the team that just seems to get everyone going from the moment the clock starts? Korchinski shared the secret:

“Our passion for the game. Before the game, everybody’s just buzzing, everybody’s ready to go. We’re all excited. We’re just kind of craving to get out there, and as soon as the puck drops, we’re going. We know that each period, each minute on the ice, it matters. We’ve got to play a full 60. Coming out with those strong starts really helped us and helped us put together and win a lot of those games.”

“I think Nico Myatovic. He’s got a great playoff run. He’s had some really big goals for us, and he plays the right way. Probably one of our best defensive forwards and plays the right way. We rely on him a lot and yeah, we’re gonna need a lot of our guys to step off throughout the whole lineup.“

For the Seattle Thunderbirds Fans

“Just thanks so much for your support. You guys have been awesome. You know, there’s no way we’d be here right now without you guys. You know, I know all of us just love playing at all. And now we’re gonna battle super hard for all of our fans and at home for games three and four. We’re super excited to play in front of the best fans.”

“Just be loud. It’s going to be a pretty unreal game. So it’d be nice to have the support. Fill the barn and get it real loud.”

If you want to help pack the barn, games three and four are set to be played at the accesso ShoWare Center, and tickets can be purchased here.

Puck drop for game one is set for 7 PM MT/6 PM PT at Rogers Place in Edmonton TONIGHT! Tickets can be purchased here.