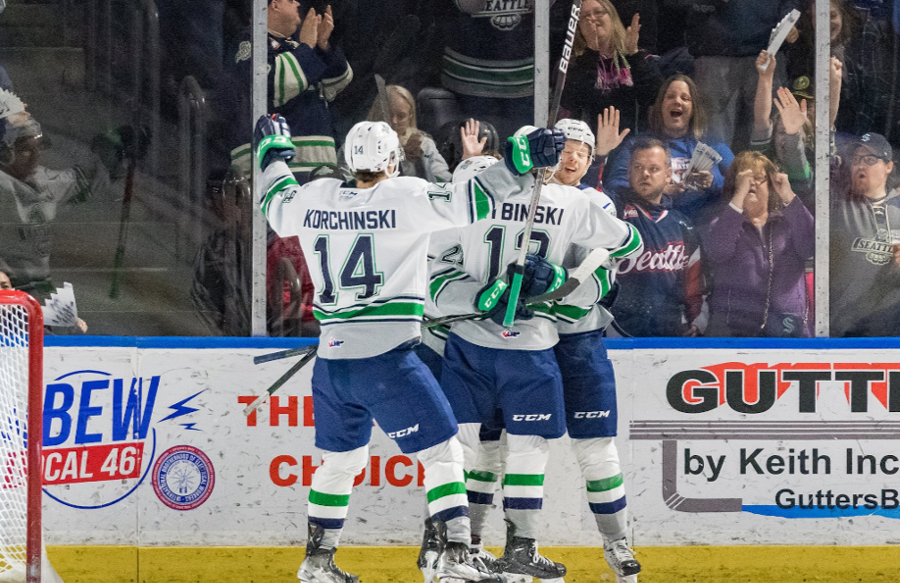 It’s been said from the start of this round: this was going to be the series to watch and both the Portland Winterhawks and Seattle Thunderbirds have proven everyone right. While both teams made it through their first-round opponents with relative ease, the I-5 Rivalry began the second round of the 2022 WHL Playoffs on another level. Tuesday night is set to see the finale of this hard-fought series, with the Thunderbirds coming back from a 3-1 series deficit to force a game seven.

As they have throughout the series. both teams came out strong to start game six at the accesso ShoWare Center. As they had in four of the previous five games, the Thunderbirds opened the scoring. Just 3:12 into the game, top NHL draft prospect Reid Schaefer would put Seattle on the board, getting the crowd at the ‘Sho on their feet. However, it wouldn’t take long for the Winterhawks to draw even, with Detroit Red Wings Prospect Cross Hanas picking up a power play marker 8:29 into the first period. Unfortunately for Portland, top NHL draft prospect Jordan Gustafson would pick up his own goal on the man advantage just under four-and-a-half minutes later. Gustafson’s goal 12:51 into the game would be all Seattle needed to win the game, and it would be the last game either team saw on Monday night.

Thunderbirds goaltender Thomas Milic had yet another outstanding performance, stopping 29 of the 30 pucks the Winterhawks sent his way. Likewise, Taylor Gauthier also had a fantastic outing for Portland, with 34 saves on 36 Seattle shots.

We have one more night of this battle of the US Division powerhouses, and you absolutely do not want to miss out!