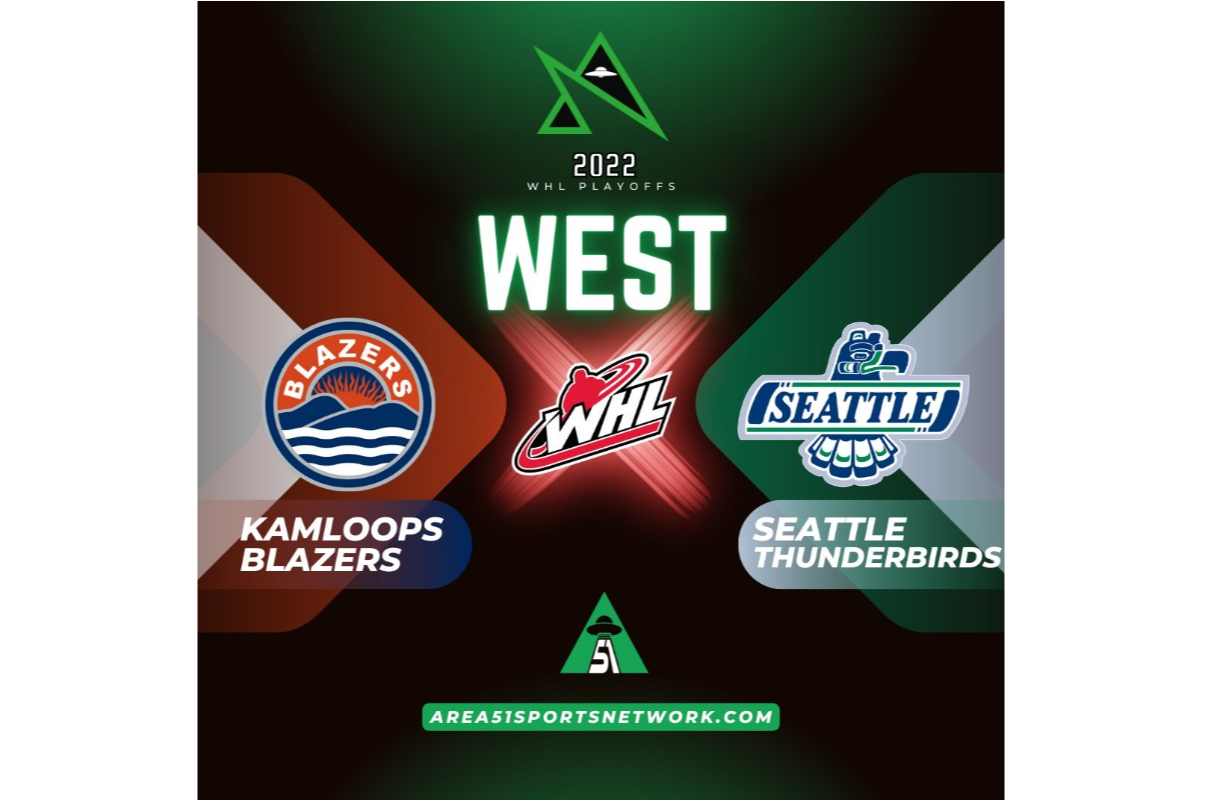 The Kamloops Blazers came out strong on Sunday night, outshooting the Seattle Thunderbirds 9-1 early in the first period. However, the Thunderbirds would find their stride and get a few good looks before being cooled by a Blazers goal. Kobe Verbicky (with a Mats Lindgren primary assist) picked up his first of the postseason to put Kamloops on the board 12:53 into the game. Facing 15 Blazers shots in the first period, Thunderbirds goaltender Thomas Milic did everything he could and kept his team within one in a first period that could have been a 4-0 deficit for Seattle.

Entering the second period, the home team Thunderbirds had just under 30 seconds left on a power play and it gave them a bit of energy in the middle frame. While they couldn’t cash in on their first power play of the night, Jared Davidson tied things up 4:42 into the second period. Davidson’s goal was his team-leading ninth of the playoffs, proving he’s not ready to go home yet (read more here). The Thunderbirds would have another chance on the man-advantage just after the tying goal, but Dylan Garand and the Blazers were up to the task and killed their second penalty of the night. Keeping things going, the Blazers would see their second power play of the night, but in a similar fashion, Thomas Milic and the Thunderbirds had a strong penalty kill of their own. 13:33 into the second period, Luke Toporowski and Lucas Ciona would be called for roughing, giving fans a look at some 4-on-4 hockey. Both Garand and Milic would continue to prove their abilities and the game would remain tied to finish the period.

Coming into the final period, the Seattle Thunderbirds controlled their own fate and came out showing they knew it. Just 3:28 into the final frame, Lukas Svejkovsky showed off his hands as he netted his ninth of the postseason and put the Thunderbirds on top for the first time in the game. A second penalty to Drew Englot gave the Thunderbirds their third power play of the night, but the Blazers would be the team that looked stronger throughout the two minutes. Milic, however, showed exactly why scouts should be paying attention to him, and continued to stand strong for his team, a trend that would see him finish the game without allowing another goal.

Never doubt the Seattle Thunderbirds in a must-win game.

Neither team scored on the power play, with Seattle going 0/3 and Kamloops 0/2.

Dylan Garand finished the game with 32 saves on 34 Thunderbirds shots, but Thomas Milic would be the goalie to beat, stopping 34-of-35.

Game seven will be in Kamloops on Tuesday night, and we will soon have our Western Conference Champion.