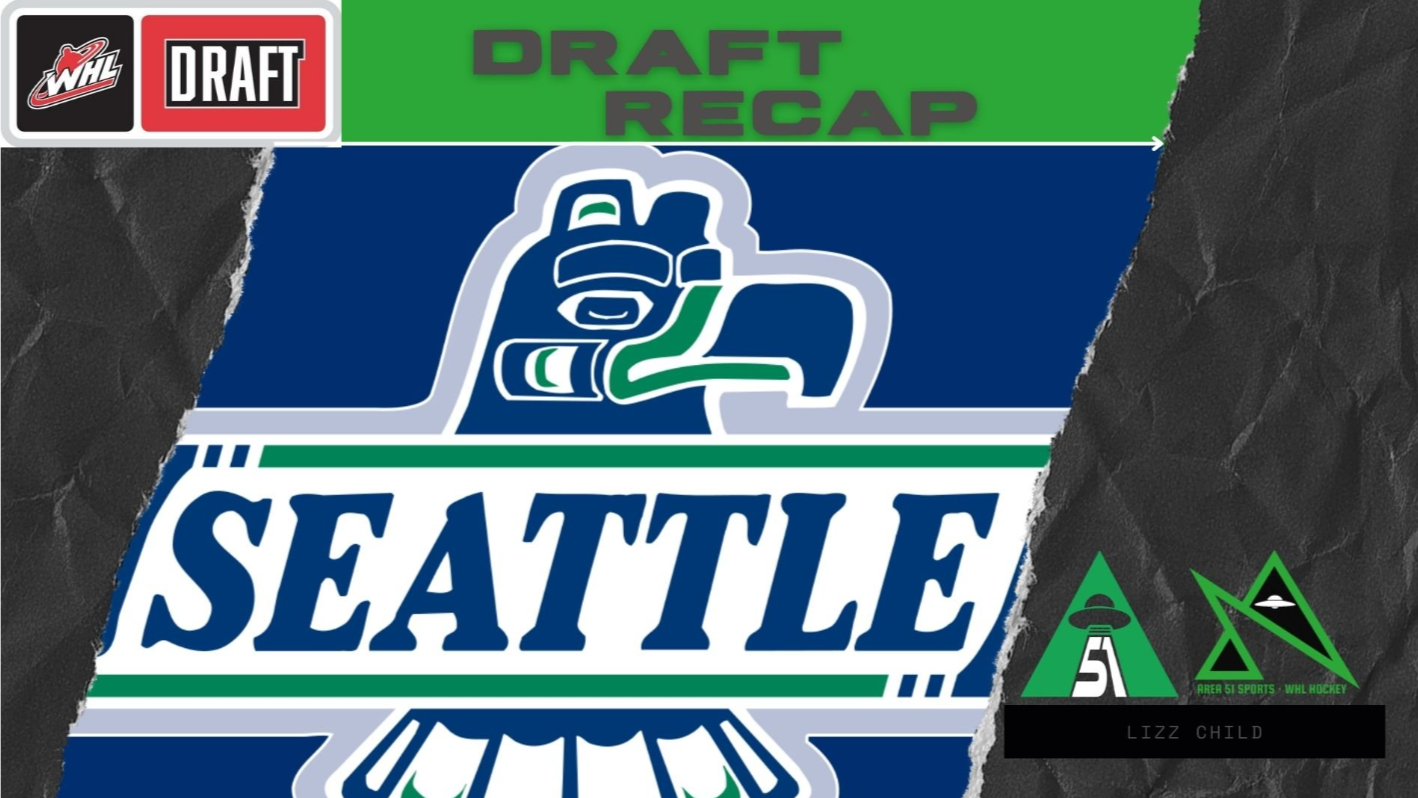 The Western Hockey League conducted two drafts last week, the US Priority Draft on Wednesday and the Prospects Draft on Thursday. Between the two drafts, the Seattle Thunderbirds selected 15 players born in 2007 and added to their talent depth for the coming years.

The two players added by Seattle in the US Priority Draft were forward Lukas Sawchyn and goaltender Aaron Sachs.

Sawchyn is listed at 5-foot-9, 161-pounds, and played for the Shattuck-St. Mary’s Sabres 14U team out of Minnesota. They finished the season with a 49-5-1 record and Sawchyn picked up 35 goals and 50 assists in the 52 games he played.

In net, Sachs appeared in 46 games between two teams during the 2021-22 season. 34 of those games came with the Fairmont Prep Warriors 14U AAA team where he posted a .871 save percentage. The other 12 games were with the Fairmont Prep team in another league, and the 6-foot tall netminder posted SV% of .897. Additionally, In a tournament with the California Patriots U15 team, Sachs appeared in five games, finishing with a .924 SV% and a 2.00 GAA.

In Thursday’s WHL Prospects Draft, the Thunderbirds selected an additional 13 players and made a trade to secure one of them in the process.

Following the conclusion of the 2022 WHL Prospects Draft, Seattle Thunderbirds assistant general manager Jared Crooks had this to say about moving up to select Braeden Cootes:

“Our organization was thrilled to be able to draft one of our top ranked players in Braeden Cootes. The intrigue of draft day is that you never really know how the picks are going to unfold and when we had the opportunity to trade up to #10 to get Braeden we felt that we had to pull the trigger. To follow that up with 12 more highly regarded prospects made for a very exciting day for the Thunderbirds.”

“Braeden is a tempo setter. He joins the rush, leads the rush, and is constantly hounding players on the forecheck. As one of the highest hockey IQ players in this draft, Braeden has an advanced knowledge of puck control, pace changes, and creates using touch passes, drag moves, and accurate wrist shots. He gives you two-way compete, team-style attack, and offensive creativity.”

(Excited for him yet?)

With their remaining 12 selections, the Seattle Thunderbirds added four defensemen, six forwards, and a goaltender.

With their second selection on Thursday, the Thunderbirds picked up Kaleb Hartmann (round two, 37th overall) from Delta Hockey Academy U15 Green. The 5-foot-10, 159-pound LHD ended the regular season with 9 goals and 16 assists through 25 games, adding another five points in five playoff games.

The next blueliner to be added by the Thunderbirds came in the fifth round, 104th overall. Caleb Potter spent 29 games with the Regina Pats Blues U15 AA, notching nine goals and 32 assists along the way. Potter is another LHD, listed at 5-foot-9, 141-pounds.

It would be a while before the Thunderbirds added Jaxson Pawlenchuk, another LHD from the Saints Pro Hockey Academy U15 Blue program. With his scoring stat line finishing with 13G-24A-37P through 36 games this season, the 6-foot, 165-pound defenseman may just have a bright future with the Thunderbirds.

Wrapping up the defensemen, Seattle used their final pick to select RHD Brett Woodard in the 13th round, 280th overall. The 6-foot-1, 190-pound Woodard tallied two goals and five assists through 22 games with the Delta Hockey Academy U15 Prep Black.

Directly following Hartmann off the board, the Seattle Thunderbirds selected forward Kazden Mathies (round two, 37th overall). Mathies spent the majority of his season with the Martensville Marauders U15 AA. Through 31 games, the 5-foot-10, 152-pound forward scored 41 goals and 38 assists, he added another nine points through six playoff games with the Marauders. Mathies also added one goal in seven games with the Warman Wildcats U18 AAA before picking up another four points for the Wildcats in the postseason.

In the fourth round, with the 82nd overall selection, the Thunderbirds added winger Antonio Martorana from the Saints Pro Hockey Academy U15 Prep – Blue. Another tiny but mighty forward, the 5-foot-6, 141-pound Martorana picked up an impressive 47 goals and 35 assists through just 35 games in the 2021-22 season.

Koji Gibson joined the Thunderbirds in the fifth round with the 101st overall pick. Gibson spent the season with the Vancouver NW Hawks U15 AAA, appearing in 21 games in which he picked up 15 goals and 23 assists. He lit the lamp 11 more times and added four assists in seven postseason appearances with the team. The 5-foot-9, 143-pound forward also appeared in two games for the Vancouver NW Hawks U17 AAA team, picking up a goal.

With the 153rd pick, Ryan Ulmer was selected by Seattle in the seventh round after posting 25 goals and 29 assists in 31 games. The 5-foot-9, 154-pound Ulmer was a teammate of TBirds defensive pick Potter, on the Regina Pats Blues U15 AA roster.

Another teammate pick up for the Thunderbirds, this time another Saints Pro Hockey Academy U15 Prep – Blue forward, Samuel Charko joined Martorana as a Seattle prospect. The 5-foot-10, 163-pound forward picked up 35 goals and 42 assists in 36 games this season.

Coming from the East Kootenay Zone U15 AA, Brayden Holberton picked up 21 goals and 9 assists in 24 games during the 2021-22 season. Holberton was the final forward selection made by the Thunderbirds (round 10, 214th overall).

In the 11th round, 236th overall, the Thunderbirds selected goaltender Colten Scott from the Calgary Bisons U15 AAA program. Scott appeared in 20 regular-season games for the Bisons, posting a .9111 SV% and a 2.89 GAA. In the playoffs, the netminder saw four games, finishing with a .899 SV% and 3.50 GAA.

As expected, the Thunderbirds have a really impressive group of guys coming up through the system over the next few years and if you aren’t excited to watch them, you should be. Though they (hopefully) have a few more weeks left to play, the Thunderbirds are also not losing an abundance of players. With a deep run this year, fans should prepare for another exciting year coming up, and probably a few more after that.