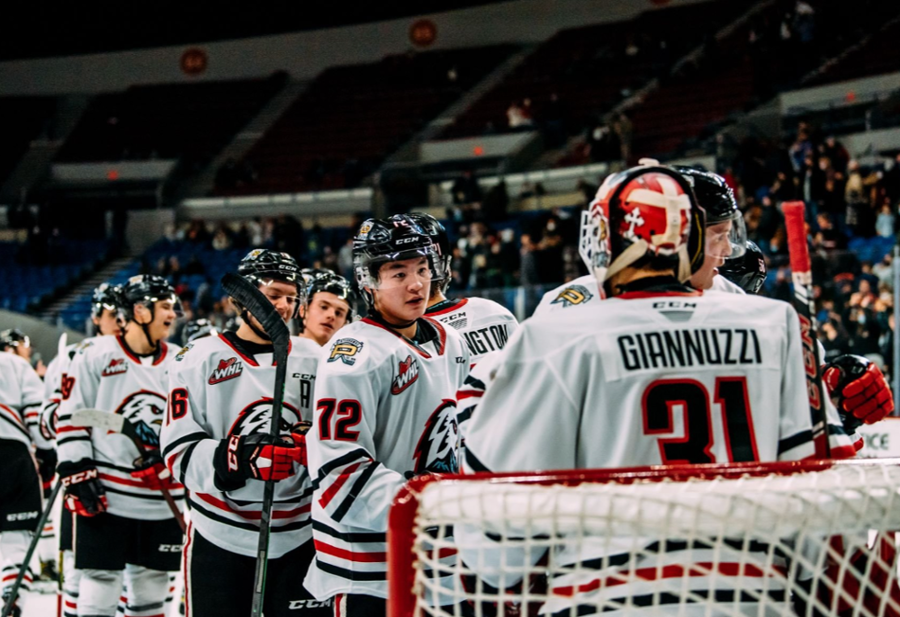 It’s taken a few days to come to terms with it, but we are officially in the second half of the season.

While the Portland Winterhawks had a slow start to the season, they seem to have hit their stride through December. 8-1-1-0 in the final month of 2021, they went on a run that included three wins over the division-leading Everett Silvertips and a shutout win over the Seattle Thunderbirds on New Year’s Eve.

The Winterhawks acquired goaltender Taylor Gauthier on December 27th in a trade with the Prince George Cougars. Headed to the Cougars was defenseman Jonas Brøndberg, a 2023 third-round pick and two conditional fifth-round picks. Gauthier takes Brøndberg’s overage player slot as a 2001-born player. He was also a member of Team Canada’s 2021 World Junior Championships team that won the silver medal.

He comes onto the team to slot in the mix somewhere with Dante Giannuzzi and Lochlan Gordon. While I could go on for a few paragraphs on why you should want to keep Giannuzzi as your starting goaltender, the general understanding is that Gauthier will strengthen the goaltending in the organization. It also shows that the Winterhawks are confident that they have a shot to go on a deep playoff run. A sentiment that the players have been sharing since before the season started.

The question at the moment is what the Winterhawks are going to do to get back down to two goaltenders. Though, for now, you will have to wait in suspense with me.

Don’t Forget About the Goal Scorers

We can’t talk about December without talking about THE goal. You know, the goal from Cross Hanas and James Stefan that is the leading candidate for goal of the year?

Yeah, Trevor Zegras and Sonny Milano did it in the NHL first, but it just seems to be the case that when some spectacular goal happens in the NHL, Hanas brings it to the WHL. A force from behind the net, Hanas, a second-round draft pick of the Detroit Red Wings, continues to impress. Stefan also stood out on his own in December, picking up 10 points in 10 games, including a pair of two-goal nights against Victoria and Spokane and a three-point night against Everett.

Not to be left out, Marcus Nguyen ended 2021 on a high note, with goals in the final two games of December. The second of the two was a game-winning penalty shot goal in the NYE game against the Thunderbirds.

We also got a first WHL goal from Jonah Bevington on December 10th! After the game against the Chiefs, Bevington said his first feeling after his goal was just surprise

“I was like what?! I scored? It was just awesome.”

He thought it was really cool to see the team rushing over to him so excited like that. The first player to make it over to him and say something was Kyle Chyzowski who was fired up for him, yelling how it was awesome.

The Winterhawks had a fantastic Teddy Bear Toss, with 7,531 stuffed animals finding their way onto the ice (or the glass in a couple of cases) in the VMC on December 11th. With Robbie Fromm-Delorme claiming the title of the first Winterhawks Teddy Bear Toss hero since 2019. The Winterhawks went on to win the game against the Chiefs 7-4.

All in all, the Winterhawks closed out their first half of the season on a high note and have already started the second half strong.

Already 3-0 following the holiday break despite having a shortened bench due to some combination of COVID-19 protocol and injuries, the Winterhawks have shown what they are made of. Just imagine what this team is going to do moving forward with a healthy roster!